USA is losing out another prominent ally in the Caribbean

Antigua and Barbuda, which is a significant ally of Washington, expressed its support to Cuba. Yes, you heard it right, the same Cuba which is one of the primary adversaries of the US 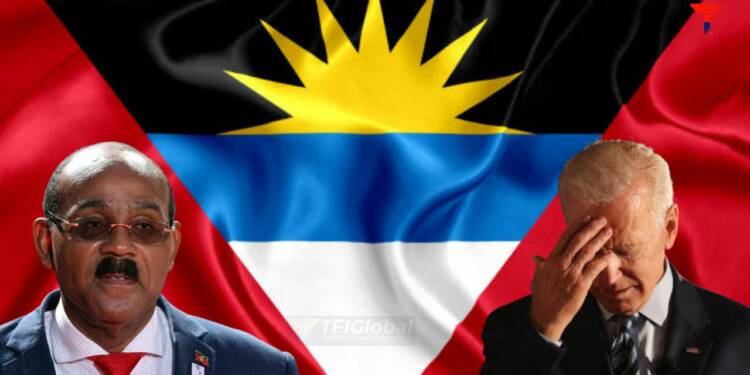 The decision of Antigua and Barbuda to publicly communicate its support to the Cuba is the result of numerous actions of the USA which have undermined the economic and political sovereignty of the Caribbean nation.

The US’s illegal intrusion in the internal matters of Cuba has been occurring for a very long time. It intensified its involvement following the rise of Fidel Castro who led a revolution which overthrew the USA-puppet regime of Fulgencio Batista. As the communist Cuba established relations with Russia, the USA soon imposed an embargo on it. Apart from forbidding all trade with the island nation, Washington also designated Cuba on its bogus list of state-sponsors of terrorism.

Successive USA presidents continued the absurd practice of making things difficult for Cuba. In such circumstances, several Caribbean countries have voiced their support to Cuba. Antigua and Barbuda is the latest to join the camp.

Antigua to the rescue of Cuba and China

On 1st January, the prime minister, Gaston Browne, while congratulating Havana during its 64th anniversary of the Revolution, commended the island nation for taking on the US.

He also emphasised that despite the harsh economic blockade on Cuba, it made remarkable achievements in education and healthcare sectors which also benefited Antigua and Barbuda.

However, Cuba is not the only nation with which the US always had hostile relations as China is also on the list.

The tensions between the two powers have intensified so much that despite a recent meeting between Biden and Xi Jinping the relations have only worsened. Lately, the Biden administration boycotted the Beijing Winter Olympics, put Chinese companies on its trade restriction list and the US Congress passed a bill which accused Xi Jinping’s regime of human rights abuses in Xinjiang province.

Interestingly along with Cuba, Antigua and Barbuda also expressed its solidarity with another foe of the USA, China.

The governments of China and Antigua felicitated each other on the 40th anniversary of the diplomatic relations between the two and stated that they will further consolidate this partnership. Browne noted that his country has received tremendous assistance from Beijing which include construction of an airport terminal, enhancement of a cargo port and a housing project.

However, earlier Antigua had good relations with the US, in fact during the backdrop of Russia’s military operation in Ukraine, the Caribbean nation sided with the West.

But lately, Antigua is starting to realise that trusting the US was a big mistake. Previously, TFI Global also explained that Antigua dragged the US to the WTO for preventing credit card companies and banks from honouring Antigua’s online gaming transactions. And in spite of WTO ordering the US in 2004 to compensate $21 million annually to Antigua, it has not not done the same.

Read more: Antigua and Barbuda quadruples its strategic and economic importance in the Caribbean

Therefore, by expressing its solidarity with nations like Cuba and China, Antigua and Barbuda is cleverly averting the possibility of diplomatic and economic isolation that occurs with nations which have been perceived as “threat” by the US. Earlier, we see how Grenada and St. Vincent and the Grenadines came to the defence of Cuba, with the arrival of Antigua it is certain that the influence of USA in the Caribbean is dying slowly.