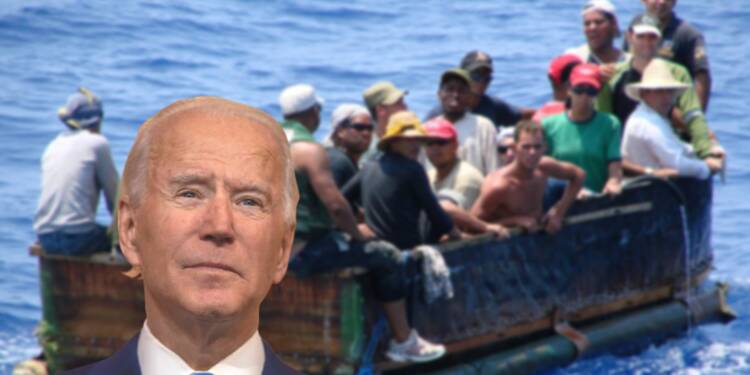 When it comes to migration policy, the US has refused for any compromise even when the circumstances are exigent and unprecedented. But when it comes to cheap politics and clandestine intentions, the US is prepared to even change the fundamental principles of its immigration laws.

Last week, Joe Biden’s government stated that it is restarting the visa and consular services at the US embassy in Cuba. What made the cunning superpower, which refuses to end the unfair isolation of the island state, to suddenly show this magnanimity?

The US, which is struggling with scores of illegal migrants from Cuba, announced that it has reopened all its visa services at the embassy in Havana. This resulted in hundreds of Cubans gathering outside the embassy last week.

Ariel Arzuga, a 59 year Cuban national, told Caribbean Life, “This could help reduce illegal immigration, and make it so people can go to the United States in a safer way.”

The visa and consular services are resuming for the first time after a string of health issues prompted the US government to limit its diplomatic staff at the embassy in 2017.

The Biden administration started enhancing these services and also increased its diplomatic staff in Cuba in May last year. In fact, it has stated that it will issue 20,000 visas to Cuban nationals annually.

In a statement, the US embassy told the media that “the United States is working to ensure safe, legal, and orderly migration.”

Now, the problem of illegal migration of people of Cuba to the US has always been one of the primary causes of hostility between the two nations. In fact, between the period of December, 2021 and 2022, the US Border authorities documented 227,000 cases of Cuban nationals illegally entering the US. The figure is double the Mariel boatlift incident, during which 125,000 Cubans tried entering the US in 1980 as well as the 1994 exodus of 34,000 Cubans in a month.

Since Cuba is an extremely poor nation with barely any basic necessities, its people are forced to make such an exhausting and dangerous journey.

Read more: The treatment of Cuban refugees versus Haitian refugees by the US is the pinnacle of racism

But what made the US change its mind and resume its visa services? Why after more than five years did the US feel the need to extend this generosity to Cuba?

It must be noted here that earlier dozens of Cuba residents were entering illegally, therefore now the US has decided to legalise that illegal migration. Make no mistake, the visa route appears legal on paper but under the political disguise there is a wider conspiracy hatched by Washington in its never-ending battle of hegemony against Havana.

The USA’s decision is to defame the island nation. We have seen before how the US uses Cuban Americans as pawns in its sinister political agenda. It uses their sympathetic tales of migration journeys during Castro’s communist regime to portray the Cuban government as wicked and repressive.

Case in point being the 1996 Helms Burton Act, TFI Global explained how this frivolous US law entitled Cuban Americans to sue the Miguel Diaz-Canel’s regime for “confiscation” of their property during Fidel Castro’s reign. In addition, the US also uses Cuban Americans’ tragic stories during the elections as vote banks.

It is not a coincidence that the Biden administration’s move follows the recent calls of solidarity for Cuba from nations like Grenada. Prime Minister, Dickon Mitchell, recently called on the US to remove the sanctions put on Cuba, he also criticised Washington for putting the troubled island nation on its list of terror nations. Similarly, St Vincent and the Grenadines, condemned the US for circulating misinformation against the Cuban government and emphasised the kindness shown by Havana to its people.

Hence, it is crystal clear that the decision of Joe Biden to legalise the illegal migration from Cuba is intended to only tarnish the image of Miguel Diaz-Canel government as “authoritarian” and create an environment which justified the economic blockade it had put in 1962. It is very unfortunate that the US is playing with the lives of innocent Cuban people here because the most immediate victims of its embargo are Cubans and not the corrupt officials. If the US really wants to improve the lives of ordinary Cubans, then it must end the political, economic and diplomatic isolation it illegally forces on Havana.