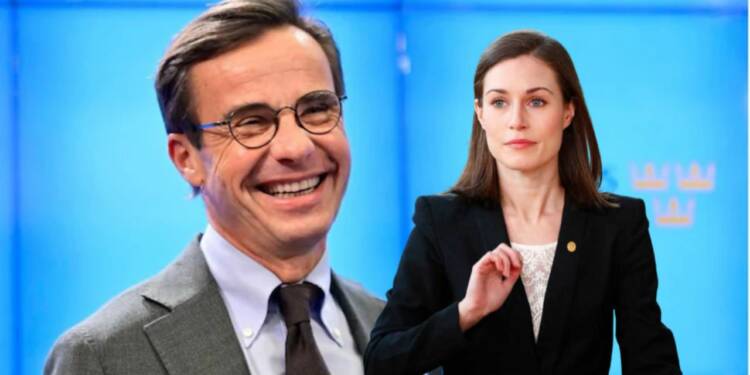 Sweden and Finland have been bidding for NATO membership for so long now, but President Recep Tayyip Erdogan stands in their path tall and firm, posing an obstruction. With Ukraine gradually losing its ground to Russia, tensions take over the two Nordic nations. Sweden and Finland started hurtling down the path and fast-tracked their bid to join NATO but Turkey made sure to dash their dreams in every way possible.

Turkey and its president Recep Tayyip Erdogan throw a spanner in the works of Sweden and Finland whenever they try to get into NATO. Turkey has been making demands that Sweden finds difficulty in fulfilling and hence jeopardizing its NATO ambitions. Well, not just its own but Finland’s ambitions too. But wait, are the two Nordis now even keen to join the bloc?

In a similar fashion, in Sweden and Finland’s case, Turkey is posing to be that final nail in the coffin. Turkey argues that Sweden’s and Finland’s long-standing support to Kurd “terrorists” undermine the country’s national security. Kurdish groups like YPG have always found safe havens in European capitals. Turkey also alleges that the Nordic nations provide safe sanctuaries to the Gulen movement, which Turkey accuses of involvement in a 2016 coup attempt. Turkey’s objection to the Sweden and Finland membership bid shows that the path to expansion of NATO is anything but smooth.

Read More: Hungary’s Orban takes a leaf out of Erdogan’s playbook to extract its pound of flesh from EU

Sweden and Turkey have reached multiple concessions since then but despite that, Turkey is demanding too much. Ulf Kristersson, the prime minister of Sweden, lamented that Turkey had placed unrealistic requirements on his nation as a condition for joining NATO during a security conference on Sunday.

Türkiye “has confirmed that we have done what we said we would do, but it also says that it wants things that we can’t, that we don’t want to, give it,” he lamented. Still, he predicted Ankara would “make a decision, we just don’t know when” – with the outcome dependent both on internal Turkish politics and “Sweden’s capacity to show its seriousness.”

Turkey’s objections had centred on the countries’ support for the Kurdish Workers’ Party (PKK), a group banned in Türkiye as a “terrorist” organisation.

Moreover, Turkish Foreign Minister Mevlut Cavusoglu chastised Stockholm for the lack of a “concrete development regarding the extradition of terrorism-related criminals and the freezing of their assets” just days after Sweden’s Supreme Court blocked the extradition of former newspaper editor Bulent Kenes last month. The Kenes instance was expressly mentioned by the diplomat.

The court rejected Kenes’ request for extradition on the grounds that some of the journalist’s claimed offences were not punishable under Swedish law and that returning home would expose him to political persecution. Following the aborted coup attempt against President Recep Tayyip Erdogan in 2016, Kenes was granted political refuge in Sweden. He has been charged by Ankara with knowing about the coup attempt and belonging to a terrorist group.

But, now here’s a catch. Swedish citizens have encouraged their government to uphold judicial independence no matter what, even if it means postponing NATO membership. In a poll earlier this month, 79% of participants said Stockholm should “stand up for Swedish rules” in the face of Turkish demands, while only 10% said the nation should make joining the union as soon as feasible a top priority.

The statistics clearly prove that Sweden is in no mood of hampering its judicial structure or anything for that matter in a bid to secure a seat in the bloc. And much to Turkey’s dismay, even Finland has clearly stated that it is in no hurry to join the bloc until its neighbour Sweden is granted the green light.

Without its neighbour, Finland does not wish to abandon its long-standing neutrality. Pekka Haavisto, Finland’s foreign minister, told reporters on Sunday that his country was not in such a rush to join NATO that we couldn’t wait till Sweden had the go-ahead. Finland is clear on its stance of not ditching its neighbouring country by moving forward with the bid.

So, it looks clear that finally, both the countries have said a clear ‘No’ to their biggest ambition if it comes at the expense of kowtowing to Turkey.