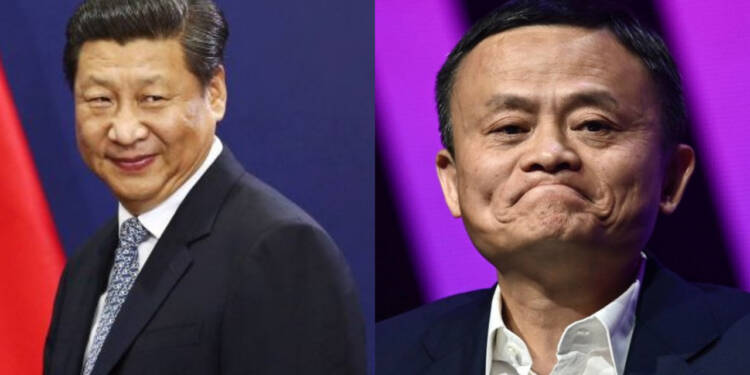 The Chinese Communist Party (CCP) has often targeted Jack Ma and his Ant Group. They have been hellbent on destroying the business tycoon, and are now eyeing to crack down on Ma’s media outlet South China Morning Post, commonly known as SCMP.

According to a source familiar with the situation, the CCP wants Alibaba Group Holding Ltd. to sell some of its media properties, including the South China Morning Post, due to increasing concerns about the technology giant’s control over public opinion in the region.

During several meetings dating back to last year, Beijing expressed concerns about Alibaba’s media assets, according to the source, who asked not to be named because the discussions were private. The company’s dominance over social media in China as well as its involvement in an online controversy involving one of its executives, has enraged the CCP.

Alibaba’s co-founder Jack Ma has been a subject of a crackdown that started last year and has threatened the e-commerce giant and its finance subsidiary Ant Group Co. The Chinese government has asked Alibaba to sell its media assets, according to the Wall Street Journal.

After a controversy involving Jiang Fan, the e-commerce company’s youngest partner at the time, Bloomberg News reported in February that Beijing was worried about Alibaba’s media holdings. Posts about the controversy started to vanish from social media sites, including Weibo, provoking the wrath of the Chinese government officials.

Since the national security law came into force last year, media outlets have started to tread carefully out of fear of breaching vaguely defined provisions on subversion and secessions. This month, the Chinese government appointed a career bureaucrat with no media experience as director of public broadcaster Radio Television Hong Kong, which has seen programs that were critical of the government censored or pulled.

Beijing is worried that Alibaba’s media assets may be used to influence public opinion, forming a “vicious circle,” according to the source. The source also revealed that the company’s media has already influenced the general public’s perception of the evolving fintech market.

According to the Journal, the expansive presence of Jack Ma’s media outlet poses serious challenges to the Chinese Communist Party and its strong propaganda machinery.

Jack Ma was once the personification of the Chinese dream. The party favoured him over others because of his likeable and flamboyant personality. He represented a version of China that the party’s propaganda machinery was trying to produce for a very long time. He gave China a tool that it has always lacked, a non-threatening soft power image.

The result of Ma’s bravado was seen very soon. The Ant officials and Jack Ma were summoned by the Chinese government regulators who in turn, halted the IPO of Ant Group. The regulators even went on to scrutinise Alibaba which now faces anti-trust investigations. Ma also vanished from the public sight for almost three months.

Xi Jinping is consolidating power. His feud with Jack Ma underlines that he is threatened that he might lose control of the CCP chairmanship and thus needs to quell any opposition. Jinping has been putting down a simmering rebellion within the CCP, led by Jiang Zemin and his family. Jack Ma’s downfall was precipitated by his proximity to Jiang’s family and his notorious outburst against the CCP.

CCP’s pressure on Jack Ma’s Alibaba Group to sell SCMP is just another brutal crackdown on his empire. The CCP wants to erase its footprint from the public domain. The crackdown on Ant’s IPO listings, the anti-trust investigation, the regulatory bank laws and then the bankruptcy laws have all been aimed at dismantling Jack Ma. Bringing the axe down on SCMP will further stifle Ma’s voice.

Black lives matter but only in America, 500 black people were burnt to death in Yemen, but no one batted an eyelid