To prevent the rise of new Jack Mas in China, Jinping bans books on Gates, Jobs and any other books with US-style capitalism 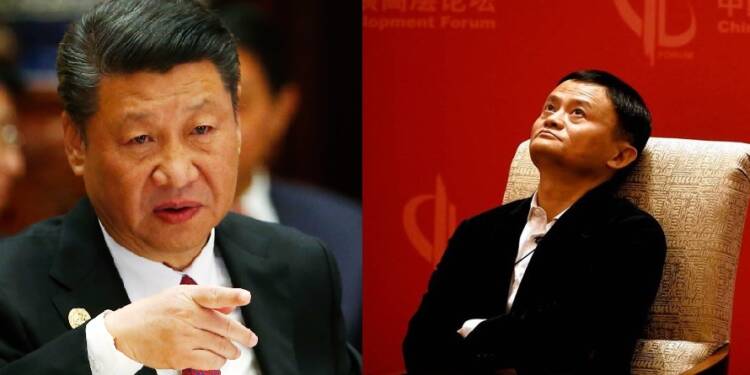 Chinese authorities have ordered elementary and secondary schools to cater to the CCP’s patriotism, and exclude the books which may lead to West veneration. The step was taken in April by the Ministry of Education. Elementary, secondary and middle schools are required to concentrate on Xi Jinping’s so-called philosophy – the president’s ideology, officially named “Xi Jinping’s socialism thinking with Chinese new age characteristics.”

One school in Beijing recently packed its library with a series of Xi speeches and papers such as ‘The Chinese Dream of the Great Rejuvenation of the Chinese Country.’ This order will affect 240,000,000 primary and secondary students in the country, including kindergarteners. It also applies to books that the schools recommend. The objective is for the young ones to cultivate loyalty and devotion to Xi before the 1st centenary of the Communist Party of China.

Books which are perceived as contrary to the political agenda of the party are being targeted. A broad range of the titles could therefore be banned, especially of Western democracy and Japan’s political, economic and cultural ideas. The first paragraph of the Constitution of the Communist Party states that “Communism is the highest ideal and ultimate aim.” Schools have previously suggested books like Bill Gates and Steve Jobs. These figures are U.S. capitalistic poster boys, meaning books on them could be pulled from schools.

Books with “scientific errors” are off-limits as well. But online retailers have suggested “Gulliver’s Travels” for second graders. Religious books face a more severe punishment. Titles that contravene the party’s religious policies, along with those that are prudent, are prohibited. There are concerns that stricter restrictions will be applied to school bookstores and libraries.

The patriotic education of today is reminiscent of the repression of pro-democracy demonstrations in Tiananmen Square in 1989. The young demonstrators were called uneducated by the paramount leader Deng Xiaoping. Jiang Zemin, the party secretary chosen by Deng immediately after the protests, agreed to Deng’s observation.

The new leadership’s patriotic education is facing a prolonged standoff with the United States. The idea is to highlight the validity of the Communist Party rule while increasing criticism of Western thinking.

In the name of ethnic unity, the Government promotes Mandarin’s learning to ethnic minorities. Xi called for the promotion of Standard Chinese in the area during a discussion with delegates from Inner Mongolia at the National People’s Congress in March.

Read More: Uprisings against Han Supremacy has become a huge problem for Xi Jinping and he is now calling for unity

That is why when Jack Ma, who was a CCP darling became too big, CCP brought the hammer down. The Ant officials and Jack Ma were summoned by the Chinese government regulators who in turn, halted the IPO of Ant Group and slammed it with a $2.8 billion fine.

Xi Jinping is consolidating power. Moreover, he has already undertaken many steps straight from Mao’s red book to do so. This could be just another step of pushing education in Chinese schools in a new direction weighed by Chinese thoughts pushing China back to the dark ages.

One Wuhan lab gave a virus that hasn’t stopped even after killing millions. China is opening hundreds of Wuhan style labs

Biden turned Ukraine-Russia border into a searing inferno. But Macron is now dousing the fires