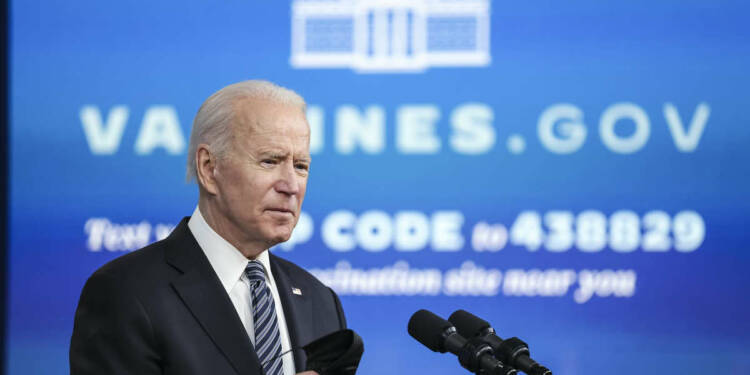 Over 120 former generals and admirals have signed an open letter challenging the 2020 presidential elections validity as well as President Biden’s fitness to serve as commander-in-chief. The letter, which was first published by Politico, is signed by a group called “Flag Officers 4 America” and claims that the United States is “in deep peril,” with Americans “fighting for our existence as the Constitutional Republic like no other time since our founding in 1776.”

Rear Adm. John Poindexter, President Ronald Reagan’s national security advisor, and retired Lt. Gen. William G. Boykin, who served as deputy undersecretary of defence for intelligence under President George W. Bush for five years and is now executive vice president of the Family Research Council, are among the 126 signatories to the petition.

“Without fair and honest elections that accurately reflect the ‘will of the people’ our Constitutional Republic is lost. Election integrity demands ensuring there is one legal vote cast and counted per citizen,” the letter reads before going on to blast critics of voter ID laws as engaging in a “tyrannical intimidation tactic.”

“Additionally, the ‘Rule of Law’ must be enforced in our election processes to ensure integrity,” the letter continues. “The FBI and Supreme Court must act swiftly when election irregularities are surfaced and not ignore them as was done in 2020.”

In a list titled “Additional National Security Concerns and Actions,” the letter goes on to discuss a variety of hot-button issues. The first item on the list is the border crisis, which is threatening national security by “increasing human trafficking, drug cartels, terrorist entry, health/CV19 threats, and humanitarian crises,” according to the group.

Next on the list is China, which is defined as “America’s greatest external threat.” China, which has been the subject of intense international criticism in recent years for its actions in Hong Kong and the widespread internment of Uyghurs, has seen global tensions rise to new heights as it refuses to take the blame for a lack of accountability and neglect at the outbreak’s start.

The group cautioned in their letter that establishing “cooperative relations” with Beijing “encourages them to continue their march toward world dominance, militarily, socially, politically, and technologically.”

The signatories then went on to express their concern about censorship on social media networks, urging the federal government to abolish Section 230, which gives internet firms legal protection for content on their websites.

After that, the group expressed its vehement opposition to Biden’s positions on Iran and the Keystone Pipeline, before turning its ire on Congress in the aftermath of the Capitol riot on Jan. 6.

“Using the U.S. military as political pawns with thousands of troops deployed around the U.S. Capitol Building, patrolling fences guarding against a non-existent threat, along with forcing Politically Correct policies like the divisive critical race theory into the military at the expense of the War Fighting Mission, seriously degrades readiness to fight and win our Nation’s wars, creating a major national security issue,” the letter read.

It went on to say how important the rule of law is to the stability of the United States. “Anarchy, as seen in certain cities, cannot be tolerated. We must support our law enforcement personnel and insist that DAs, our courts, and the DOJ enforce the law equally, fairly, and consistently toward all.”

Read More: Democrats are pushing for the American jobs plan to cover for the failure created by Biden’s $1.9 trillion stimulus package

Armed Forces Veteran The letter’s organiser, Maj. Gen. Joe Arbuckle told Politico that “retired generals and admirals do not usually participate in political activities, but the situation facing our country today is urgent, and we must speak out in order to be faithful to our pledge to uphold and protect the Constitution of the United States against all enemies, foreign and domestic.”

“We are facing threats greater than at any other time since our country was founded … many of these threats flow directly from policy positions and actions of our own government,” Arbuckle added. “It is critical that the threats to our national security be brought to the attention of the American people and that is the main purpose of the letter. To remain silent would be a dereliction of duty.”

The missive was written in response to military leaders’ open letters during the Trump presidency, most recently when a group wrote to express their opposition to hypothetical military intervention in election disputes.