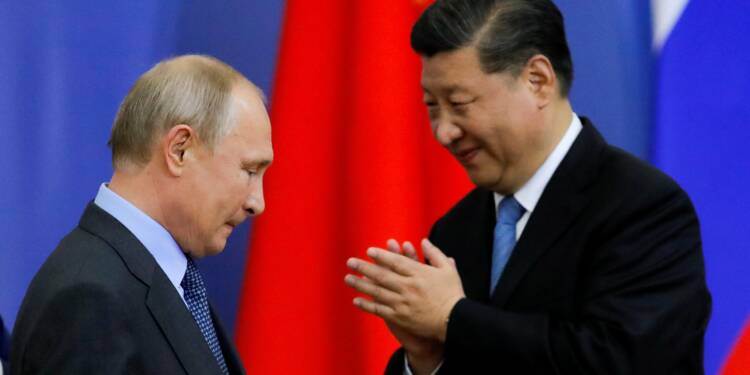 As relations with the United States deteriorate, China and Russia are becoming closer, prompting concerns about a possible military alliance between the two heavyweights. Despite worries from the US and its allies, Russian Foreign Minister Sergey Lavrov denied that the purpose is to mount a coordinated attack against the US.

When asked about a possible alliance against the US, Lavrov told the Russian publication Argumenty I Fakty (AIF) that Russia and China are “satisfied” with their “current format of cooperation.”

On Tuesday, Zhao Lijian, a spokesperson for the Chinese Foreign Ministry, told reporters that China’s relationship with Russia had “grown as solid as a rock.” According to Zhao, the two countries’ commitment to “non-alliance” is one of the reasons the partnership has been able to endure “the test of a changing international scene” and become a “stabilising factor” in the modern world.

China has also ruled out forming a military alliance with the United States. According to Ni Lexiong, a Shanghai-based military expert, making such an announcement would be counterproductive for the two countries. “Today, only countries that intend to wage war announce plans for military alliances,” Ni said. “You push yourself into a corner when you do that, cutting out any room for negotiation. It’s not in China’s interests.”

Russia and China have emphasised their “strategic relationship,” and the idea of intelligence collaboration between the two countries cannot be ruled out. Both countries’ armed forces have also participated in joint war drills, and Russian President Vladimir Putin stated in October that Russia had shared military technologies with China to assist it improve its military capabilities.

According to Putin, a military alliance wasn’t necessary at the time, but it was “very easy to envisage.” In the meantime, Chinese officials have stated that the collaboration with Russia has “no bounds.” Russian-Chinese connections are at an all-time high, and American and Russian officials are seeking to mend a strained relationship. Sanctions, cyberattacks, and diplomatic reprisal have all played a role in bringing the US-Russia relationship to post–Cold War lows, but a recent meeting between Lavrov and Secretary of State Antony Blinken was a promising indication for the countries’ capacity to move forward.

That meeting may have prepared the path for Putin and President Joe Biden to meet in person in June, and Lavrov stated that Russia is ready to be “friends with the West.” He modified his remarks by saying that such progress must be accompanied by a “feeling of our own dignity.”

Although reestablishing diplomatic relations between the two nations will not be simple, Lavrov told AIF that the international community will find it “extremely difficult” to “confront cross-border difficulties and threats” without a full-fledged discussion.

TFI previously reported on how Russia is resisting China’s attempts to subjugate Russia while professing to be its friend. In exchange, Russia is attempting to stifle Xi’s plans to connect China with oil-rich Arab and African states, as well as lucrative European markets, despite the facade of friendship that China maintains. If we assume that Xi’s Gwadar port plans would fail due to the China–Pakistan Economic Corridor’s numerous challenges, China has three options for reaching the Arab and Western worlds. Surprisingly, Russia is making an impact in all three of these regions: the Arctic, the Malacca Strait, and Central Asia.

Read More: China is turning into a threat for Russia in the Middle East and Putin is ready to chase it out

Even the Global Times published an article praising the growing friendship between Russia and China but admitting that Russia will not desert India if China tries to put Moscow to the test by intensifying tensions with New Delhi. According to the article, despite the fact that China and India’s relations have gone through ups and downs owing to border concerns, Russia remains hopeful that Beijing and New Delhi would avoid larger issues. Russia has maintained relatively tight connections with India, according to the statement.

And while Russia and China might share close ties but for Russian ambitions to fully achieve their goals, it is important for Putin to be open to having good relations with the west as China is not a reliable partner. Moreover, this shows that even though China has time and again called for the next obvious step into the relationship, Russia has turned it down more than once and it will continue to do so in the future as well.