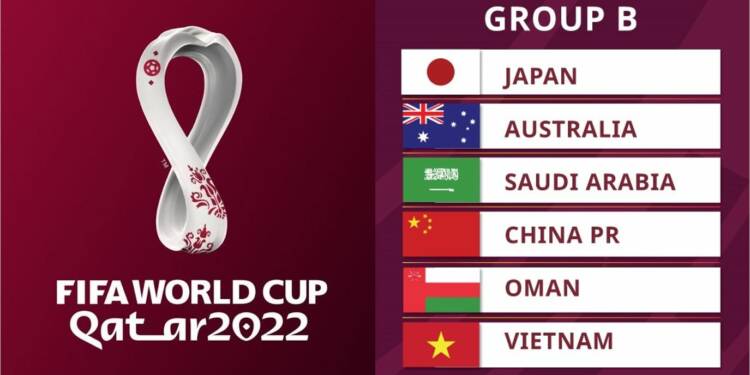 The Qualifier round group stage for the FIFA World Cup in Qatar next year got even more interesting. China has been drawn with Australia, Japan and Vietnam, along with Saudi Arabia and Oman in Group B.

Japan and Australia are the Asian heavyweights in the group; meanwhile, Vietnam has gained steam in the build-up to the qualifiers having lost only 1 match in their last 4. But more than their form and the talent in the team, there would be an extra initiative for the players when the three teams take on the field against China.

Which teams will make it through? Let us know ⬇️ pic.twitter.com/ENzZ8nS5ai

The political scenario in the South and the East China Sea has been getting increasingly turbulent. China has been growing increasingly belligerent in the region and has been imposing its will against the other regional players. Japan and Vietnam however have stood up to China’s aggression and kept it in check.

Japan has been taking on China on the issue of Taiwan, with the defence white paper detailing the plan to deter Chinese advances over the island nation. The issue of the Senkaku islands has always remained a thorn in the relations. However, Japan has upped its ante and has been deterring China all over the South China sea and has forced western powers to turn their attention to Chinese belligerence.

Moreover, Australia’s tussle with China has been well documented. Since Australia called for an open and independent investigation into the findings of the Coronavirus in Wuhan, China has tried to punish Australia through unilateral sanctions, alas they backfired. Besides, relations between the two sides have been at their lowest and diplomatic engagements are frozen. Even the trust of Australian citizens in Beijing has fallen to record lows.

On 21st June, it was reported that 63% per cent of Australians now see China as a threat, up from 41% and 12% in 2018. With distrust and tensions boiling between the two nations, it would not be a surprise if the aggression spills on the football field, with both nations trying to get an upper hand.

“It’s a very good group, and we will try our best. Due to the pandemic for almost two years, we did not play,” Li said, having only been in charge for those final four qualifiers, despite taking charge of the side for the EAFF Finals in December, 2019. He also expressed his desire for more games before the qualifying campaign resumes, describing the fans as “a great motivation.”

The top two teams in each group qualify directly, with the two third-placed teams competing in an intercontinental play-off for the final qualifying berth.

Australia and Japan have qualified for the last four and six world cups respectively. China already has a daunting task at their hands, but with the extra impetus that the Japanese, Australian and Vietnamese national teams will carry with them, it is looking more likely that China will have to wait once again for playing in the FIFA world cup. China has only qualified for one FIFA World Cup back in 2002.