A strong Palestinian Authority is important for peace and stability in Israel. But things look awry now 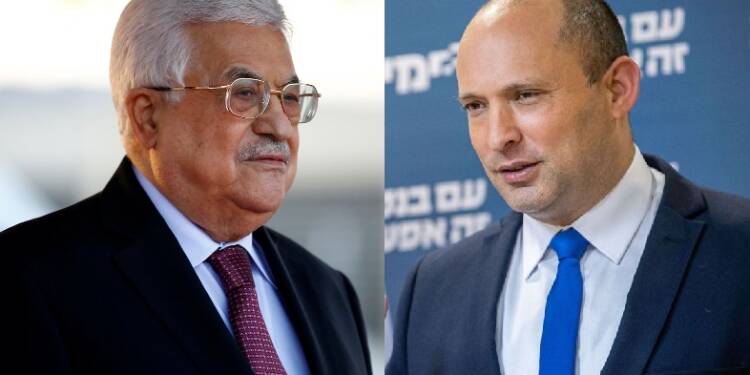 Israel’s defence minister, Benny Gantz, suggested that Gaza’s reconstruction be coordinated through the Palestinian Authority (PA), a practice the Israeli government has long abandoned. Many Israeli experts and decision-makers suggested that, since they felt that outgoing Prime Minister Benjamin Netanyahu‘s policy of containing Hamas failed, Israel should now reevaluate its relations with Palestinian leadership in the West Bank and Gaza.

Issawi Frej, the minister for regional cooperation, authorized the re-establishment of the Joint Economic Committee with the PA, one of 26 such panels founded, following the signing of the Oslo Accords, shortly after the Bennett-Lapid cabinet was sworn in on June 13.

This unprecedented outpouring of sympathy in Israel coincided with major developments in the Palestinian Authority’s internal political arena.

Three major events have significantly weakened PA President Mahmoud Abbas’ regime: his cancellation of parliamentary and presidential elections scheduled for May and July this year, respectively; May’s violence between Israel and Hamas; and the June 24 assassination of Nizar Banat, a Hebron-based political activist, by Palestinian security apparatus members.

The PA is weakening by the minute, and it is happening at a time when Israeli officials are finally ready for reconciliation. After years of neglect, during which then-Prime Minister Benjamin Netanyahu told Israelis that the Palestinians no longer mattered to the world or even the Arabs, Israel now has to deal with an explosive Gaza under Hamas control and an equally explosive West Bank, where demonstrators chant “Down with the regime” and demand Abbas’ resignation.

Many Israelis are unaware of how delicate the current situation in the West Bank is, or how much it has altered during the last 12 years of internal and external gridlock.

Following the use of tear gas and rubber bullets against demonstrators, the PA did what every authoritarian dictatorship does in the face of protests: it outlawed them, yet the climate in West Bank cities remained tense and dangerous.

Palestinians would not tolerate this ban on demonstrations, according to Mohammed Daraghmeh, bureau chief at the Asharq News TV channel’s Ramallah office. He said that the Palestinians will not accept this restriction on demonstrations. At the same time, he cautioned about the direction in which the protests were heading.

“They say: ‘Down with President Abbas,’ but what if Abbas is gone today, what if the current political system is gone? The thing is that we cannot throw away this system, we can only fix it. There are no courts, no parliament, no functioning political parties – no alternative. Let’s have a humble goal: to achieve human rights, to stop political detentions and arrests,” he said.

The word ‘elections’ has resurfaced in Palestinian media in recent days, especially following ex-prime minister Salam Fayyad’s rare visit to Gaza. The current scenario is a direct outcome of Abbas’ suspension of long-overdue elections, according to a source in Ramallah who sought anonymity to talk freely.

“No one believed that he did it because of Palestinians in east Jerusalem” being prevented from voting there by Israel, according to the source. “There are actually very few voters there, just a few thousand who exercise their voting rights. People understand that the elections were canceled because Fatah [Abbas’ party] was fragmented and weak, and Hamas could take advantage. And now the PA is using excessive force in order to break down the protests, and people accuse it of being Israel’s policeman.”

Last year, when Netanyahu was considering annexing parts of the West Bank, security cooperation between Israel and the PA was halted, but the parties have resumed it in recent months, despite harsh criticism from Hamas and anti-Israel Boycott, Divestment, and Sanctions (BDS) movements and organizations. The wrath directed towards the PA and its security apparatus continues to grow today, as word on the street spreads that the PA is using Israeli-supplied tear-gas canisters on protesters.

Daraghmeh believes the ties will actually grow closer. “The Palestinian Authority is very weak. Due to its weakness, it will have to rely on Israel and the Arab countries. It will continue to fulfill its duty of Israeli [security] contractor in the West Bank and, at the end of the day, when Abbas goes Fatah will choose somebody else, while Hamas will consolidate its power in Gaza. The deadlock will continue,” he said.

Political volatility will remain a permanent aspect of life in the West Bank in the absence of meaningful political change and state institution-building (there were murmurs this week about a possible shuffle in the PA cabinet, but nothing more), even if the protests finally lose their momentum. The PA’s present coordination with the Israeli army and other security services is likely to continue. The PA will, in the best-case scenario, retain the status quo and not much more.

Also read: First a deal with the US and now a purge: Abbas led Fatah has defeated Hamas without firing a single shot

National reconciliation between Fatah and Hamas, which could pave the way for elections, remains a far-fetched and unattainable dream, as it has always been, and Palestinian discontent – directed at both Israel and Abbas – will undoubtedly deepen.

Israel, which controls the Palestinian economy, may be able to improve the situation marginally through goodwill measures such as allowing more Jordanian commodities to be imported into the West Bank or allowing the development of additional residential quarters. Had it acted sooner and done these things years ago, the situation in Palestine today would have been considerably different.