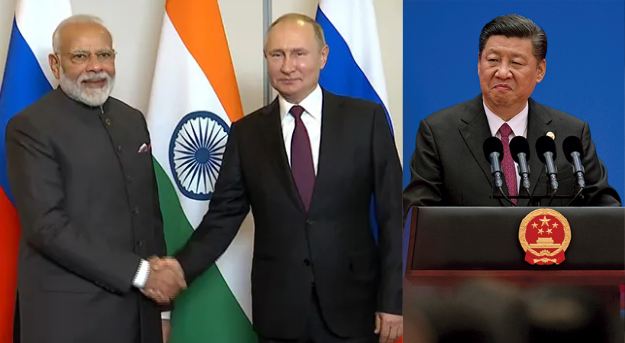 In a historic move on Monday, India’s Prime Minister Narendra Modi presided over a United Nations Security Council debate that aimed at ensuring global maritime security, responsible connectivity and peaceful resolution of disputes. Considering China’s incessant hostilities in the South China Sea and the Indian Ocean, the summit was perceived to be anti-China. Later, India’s presidential statement on maritime security confirmed the same that included an implicit reference to China’s aggressive posture in the South China Sea, by calling for ensuring the freedom of navigation by international laws. As widely reported, the statement was adopted by the Security Council despite China holding out till the last minute.

The summit, organized at the initiative of Indian Prime Minister Modi, saw overwhelming support from the international community with the attendance of two Presidents, one PM, and ten ministers from different countries. However, the attendance of the Russian President Vladimir Putin emerged as the most significant one. It was after 16 years that Putin had participated in any UNSC meeting. The Russian president did not show any doubt in joining in PM Modi’s calls for dealing with maritime crime. Not just that, Putin also went on to propose a UN special structure to deal the menace and lauded PM Modi’s efforts for the initiative.

Putin’s readiness in joining an inherently anti-China summit at the behest of India’s PM speaks volumes of the fact that Russia is exceedingly frustrated with the Chinese hostilities against Russia. The relations of the two countries have been mired in ambivalence for decades, and China is now increasingly escalating the tensions against its neighbour in the north.

As per the latest report, the amalgamation of Chinese State-sponsored threat groups may have been behind a spate of targeted attacks against Russian federal authorities last year. The said virus was detected in the intrusions into systems operated by Russian federal authorities, and the cybersecurity firm observed similarities between “Webdav-O” and “Blue Traveller,” which is known to be connected to a Chinese threat group called Task Masters. Simply put, Chinese hackers could be hacking into Russian assets.

Read More: A suicidal China is hacking into Russian assets

Besides this, Russia also fears China’s growing influence in Russia’s far East region and its highly ambitious Northern Sea Route developmental project. Russia wants to dominate the global trading routes in the times to come, and thus it views China as the biggest challenger to its authority over the region. Also, China is meekly working out to mitigate Russia’s influence in the Central Asian region. The foregoing conflicts have prevailed disguisedly for years; however, the fault lines have widened lately with the rise of belligerent China at its doorstep.

China touts itself as a “near arctic country” and is spending extensively on research activities in the contested Arctic region. Given the vast natural resources that the Arctic houses in its vicinity, China has developed a constant urge to assert itself in the Arctic, without having any territorial connectivity with the region.

Russia is scouting closer ties with the countries like India and Japan to counter rising Chinese influence in its backyard. As reported by TFI Global earlier, Russia is looking to bring in India to invest in the Arctic and is nudging it to buy gas and oil fields in the region which a few years down the line, will become a critical global passageway after the polar ice cap melting.

According to a report by Business Standard, India is in talks with Russia for a fresh investment of at least $2-3 billion in its upstream assets. According to officials in the know, the Russian government has offered some oil and gas fields to ONGC Videsh (OVL).

By 2044, the Arctic Ocean could be completely ice-free for at least a part of the year. Russia runs the Northern Sea Route (NSR) in the Arctic in a bid to assert its influence over the trade route. However, China has also conceived the polar silk road, rivalling the NSR. Dominating the Arctic is becoming a race against time for both Russia and China. Putin knows that he will have to combat an attempted Arctic invasion two or three decades down the line, and so he is preparing in advance.

China might be eyeing South China Sea-like games in the Arctic as well, and Russia wants to be prepared to handle the same along with its allies. Russia’s alacrity in joining the anti-China summit at Modi’s one call shows the extent of frustration that Russia has developed for China over the past few years and now Russia is ready to forge even stronger ties with India to mitigate Chinese influence in the region.