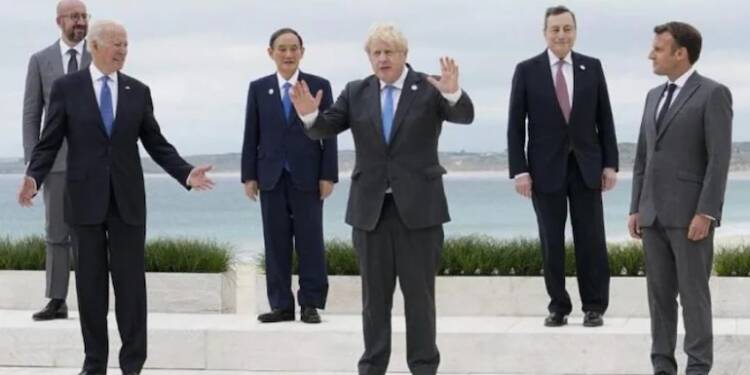 The desperate evacuation campaign of the United States of America and its allies from Afghanistan has cast a huge dent in the image of Washington as the undisputed leader of the free and democratic world order. Currently, the U.S. has been reduced to an object of global shame and ridicule due to Joe Biden’s catastrophic and ill-thought surrender to the Taliban in Afghanistan. The U.S. and its allies had earlier imposed an August 31 deadline on themselves to completely evacuate from Afghanistan. However, operations are lagging far behind, as the U.S. struggles to pull out its citizens and Afghan friends from the country which recently fell to the Taliban.

Innumerable people remain stranded in Afghanistan. Just taking into account the number of people at the Kabul airport right now, it would be extremely difficult for the U.S. and other countries to complete evacuation by August 31. So, the European Union, NATO members and pretty much every country with citizens still stranded in Afghanistan is seeking an extension of the impractical deadline which Joe Biden imposed without thinking anything through.

US House Intelligence Committee Chairman Adam Schiff has himself said he thinks it is “very unlikely” the evacuation of people from Afghanistan will be completed by August 31, “given the number of Americans who still need to be evacuated.” Meanwhile, the G7 nations are not impressed with Joe Biden’s handling of Afghanistan. Leaders in Britain, France, Germany and other nations are facing domestic outrage due to the glaring mishandling of the Afghanistan pull-out by Joe Biden and his administration. So, an emergency meeting of the G7 is scheduled to take place on Tuesday, chaired by UK Prime Minister Boris Johnson.

The calling of an emergency G7 meeting is a sign that U.S.’ allies are not happy. In the UK parliament, Joe Biden was officially condemned and held in contempt for failing miserably to deal with the situation in Afghanistan. Meanwhile, an unnamed cabinet minister told the Times that the U.S.’ failure to realise that Afghanistan was on the brink of collapse shows that America is “looking inward and is unwilling to do even a modest amount to maintain global order”.

What the UK and other countries of the G7 and the EU are now firmly demanding is an extension of the August 31 deadline. Further, they want not only their own citizens evacuated from Afghanistan, but also all those who helped the U.S.-led alliance during the 20-year long inconsequential Afghanistan war. Joe Biden would have obliged, but the Taliban has warned of severe consequences if the evacuation campaign is not completed by August 31. Now, Joe Biden is stuck between a rock and an extremely hard place.

Taliban’s spokesman, Suhail Shaheen told Sky News that staying beyond the agreed deadline would be “extending occupation”. He added, “If the US or UK were to seek additional time to continue evacuations — the answer is no… there would be consequences. If they are intent on continuing the occupation, it will create a reaction.”

The Taliban is threatening the U.S. and other countries with consequences, and these will definitely involve the lives of innocent foreign nationals stranded in Afghanistan. Who will be held responsible if the Taliban goes on a killing spree after August 31, with many foreign nationals not evacuated from Afghanistan? Will Joe Biden step down as President? Further, if such a scenario does develop, the U.S. will face a world community that would be infuriated beyond repair. Washington’s ties with friends, allies and partners would simply stand obliterated, and leading the charge against the Biden administration would be the G7.

Joe Biden will have to make one choice. Either he will have to extend the evacuation deadline, or he would have to choose to evacuate as many foreign nationals as possible by August 31, while leaving the remaining ones to their fate, and at the mercy of the Taliban’s medieval savages. This would alienate the U.S., and it would permanently lose its status as the leader of the free world. Joe Biden would put his country into an isolated spot, and America will lose all that it prides. And if he extends the evacuation deadline, the Taliban will effectuate the fatal ‘consequences’ it has already warned Biden of.

One can only imagine what Joe Biden will reduce the United States into in the next four years of his presidency.