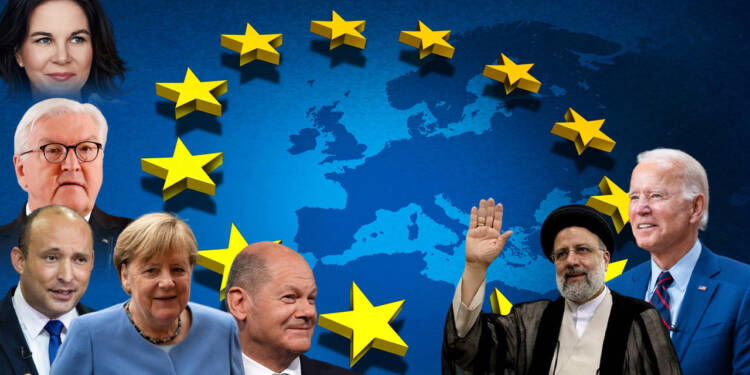 The triangular relationship involving the United States, Europe and Israel is undergoing a major shift. Traditionally, the US and Israel have been best friends. The Jewish lobby is particularly strong in the US and therefore no American President could afford to alienate Israel. On the other hand, the EU-Israel relationship remained frosty due to the tendency of the EU to act as the world’s human rights ambassador and a habit of connecting its relationship with Israel with the Palestine dispute. However, things are now changing with Biden embracing Iran and alienating Israel, while a changing leadership in the EU embraces Israel. Going ahead, the EU might emerge as Israel’s strongest ally.

Growing discord between Israel and the Biden administration:

US President Joe Biden has been constantly undermining the US-Israel relationship. Immediately after coming to power, Biden embraced Palestine and Iran, much to Israel’s chagrin.

In a desperate bid to keep the Iran nuclear deal negotiations alive, Biden has given limitless leverage to Tehran, whose nuclear programme has made some rapid advances.

The Biden administration on Friday lifted sanctions on two Iranian entities- the Mammut Industrial Group (Mammut Industries) and its subsidiary Mammut Diesel, involved in the Shi’ite country’s military missile programs. The sanctions were originally imposed by the Trump administration but Biden is carrying forward Obama’s legacy goal of making Iran the leader of the Muslim world and therefore you can expect more such disastrous in the future.

Presently, both the Israeli government and the Israeli military establishment are reportedly disappointed by the Biden administration’s decision to resume nuclear negotiations with the Shi’ite nation.

The two countries reportedly failed to arrive at a consensus during a strategic dialogue in Washington last week that was led by the National Security Advisors of both the nations.

Israel even asked the Biden administration to prepare a Plan B in case Tehran refused to talk. Israel, of course, understood that Tehran doesn’t want a nuclear deal and is using negotiations with the US as a bargaining chip to extract more leverage out of it.

Meanwhile, Israel also wants the Biden administration to prepare plans for additional onerous sanctions on Iran in response to the Shi’ite nations unabashed violations of the limits imposed by the 2015 nuclear deal, or what is officially called the Joint Comprehensive Plan of Action (JCPOA).

However, Biden is simply ignoring Israel, Washington’s only non-Muslim ally in the Middle East. Biden is, in fact, interested in waiving sanctions already imposed on Tehran instead of introducing new sanctions against the Shi’ite nation. This is creating irreconcilable differences between Israel and the US.

As reported by The Jerusalem Post earlier this year, Israel’s former Foreign Minister Gabi Ashkenazi held a video conference with Israeli ambassadors in Europe. During the conference, he said, “For years, European states connected developing relations with Israel to the conflict with the Palestinians.”

Ashkenazi added, “The ministry’s goal has been to reduce the tension and the connection and continue advancing bilateral dialogue while dealing with the Palestinian issue.”

EU’s chaotic Israel policy that bordered on antagonism towards Israel was a result of German Chancellor Angela Merkel’s political agenda. Merkel, who functioned as the de facto EU leader, didn’t allow the EU to support Israel unambiguously. However, with Merkel’s political career coming to an end, things are changing in Europe.

Of late, Europe has become pro-Israel. European leaders were quite vocal in supporting the Jewish nation during the Gaza war earlier this year. Even Merkel was compelled to describe the Hamas rockets as “terrorist attacks.”

Moreover, Europe is no longer living in ignorance of the issue of terrorism and security threats. After the 2010 Arab Spring and the Syrian civil war, even a prosperous Europe has faced security risks like unregulated immigration and terrorist attacks. European politicians now relate very closely to the Israeli State that has successfully fought similar security threats for several years now.

Finally, the Abraham Accords have resolved the traditional conflict between Israel and the Arab nations, which used to support the Palestinian cause. Now, if the Arabs themselves can dump Palestine and support Israel, then why will the Europeans try to support Palestine?

Aurore Bergé, a French parliament spokesperson for the La République En Marche! party and head of the France-Israel friendship group said, “We have a common front with Israel: the struggle against Islamist terrorism. More than ever, it’s what brings us closer and what explains the diplomatic shift in Europe.”

Leaders like French President Emmanuel Macron have turned into Israel’s allies. During its domestic campaign against Islamist radicalism, the Macron administration also banned a pro-Palestine demonstration that was proposed to be held in Paris amidst the ongoing Israel-Gaza conflict.

Macron himself is expected to emerge as the tallest EU leader given the uncertainty surrounding Merkel’s successor in Germany. In such a situation, you can expect the EU to emerge as Israel’s strongest ally, which would reflect a complete turnaround in the triangular relationship involving the US, the EU and Israel.

Japan joins hands with Taiwan to develop its own semiconductor industry

Amid power blackouts and factory shutdowns, China is bracing for a massive Corona wave