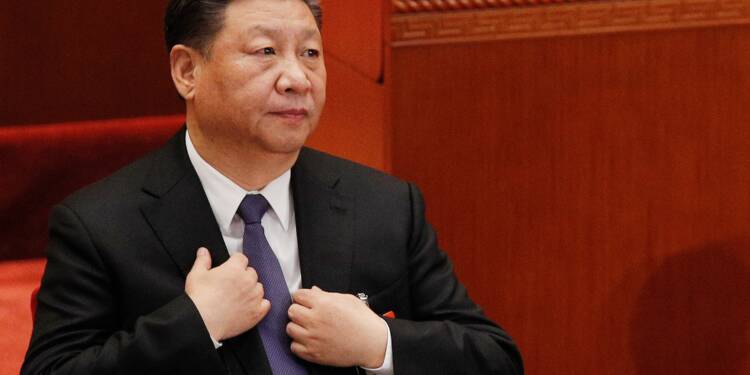 China wants peace. China wants prosperity. China wants the best for itself and Southeast Asia as a whole. China has changed. It’s a new country now. It’s not the same old warmonger. It’s not even the mongrel any longer. Now, China has realised it is not worth much, so, it is focussing on building peace in Southeast Asia instead of war. Well, at least that’s what the Communist nation wants us to believe. As it turns out, China is scared out of its wits. After all Japan, Australia and the US have all sent their submarines to the South China Sea. India, Germany and France are constantly on standby as well. So, China cannot make sense of things, which is why Xi Jinping has now conveyed his willingness to declare Southeast Asia a nuclear-weapons-free zone and committed China to the cause of the same.

In what exposes China’s cowardice, Nikkei Asia has reported how Beijing is willing to join ASEAN in its efforts to rid the region of nuclear weapons. Xi Jinping said on Monday that Beijing was ready to sign a Southeast Asia nuclear-weapon-free treaty. The Southeast Asia Nuclear-Weapon-Free Zone, also known as the Bangkok Treaty, was signed in 1995 by the 10-member Association of Southeast Asian Nations. The treaty stipulates that its signatories cannot “develop, manufacture or otherwise acquire, possess or have control over nuclear weapons,” “station or transport nuclear weapons by any means,” or “test or use nuclear weapons.”

So, China now seems to have grown supportive of the idea of nuclear weapons not making their way into the region which is crucial for its own national security. Therefore, Xi Jinping said, “China supports ASEAN’s efforts to build a nuclear-weapon-free zone, and is prepared to sign the Protocol to the Treaty on the Southeast Asia Nuclear-Weapon-Free Zone as early as possible.” According to Indonesia’s foreign minister, Retno Marsudi, Jinping emphasized the need to “create a peaceful home, by strengthening dialogue, multilateralism, rejecting power politics,” adding that “China declared its readiness to sign the Protocol to the SEANWFZ Treaty.”

Why is China Suddenly Behaving Itself?

China has a paper navy. Also, China has very noisy submarines, which has got them busted on several occasions, always leaving the Communist nation red-faced. The Chinese submarines are easily located due to their characteristic “propeller sounds”. Submarines are naval vessels and assets whose biggest advantage is that they can remain hidden and act decisively in stealth. Submarine targets do not usually know what hit them. But this is certainly not the case with Chinese submarines, whose hallmark is that they are too loud – thus making them easily traceable. Whether it be by Japan, India, the United States or even the United Kingdom – Chinese submarines have been caught red-handed by everyone.

China realises that its submarines are no match for the nuclear-powered underwater slayers of the U.S., UK and soon, even Australia. The AUKUS alliance has rattled China, which is now trying to save itself by declaring Southeast Asia a nuclear-free zone. China may be the largest Navy in the world with around 350 ships and submarines. Yet, no one fears it and despite being accorded special “shooting powers” earlier this year, the Chinese warships and coastguard vessels seem quite harmless.

Read more: Is the big fight about to begin? Japanese, Taiwanese and American submarines prowl in South China Sea

At the end of the day, there is certainly a big difference between the ‘biggest’ and the ‘most powerful’. China operates outdated technology and is hardly capable of taking on the advanced weapon systems of the free world order.  Therefore, it is now trying to club itself with countries that want a nuclear-free Southeast Asia, despite being the greatest aggressor in the Indo-Pacific right now.

In case Chinese submarines have to fight those of the United States, Japan and the United Kingdom, they would emphatically lose not just the battle, but also their face. To prevent such humiliation in toto, China is now trying to act smart.