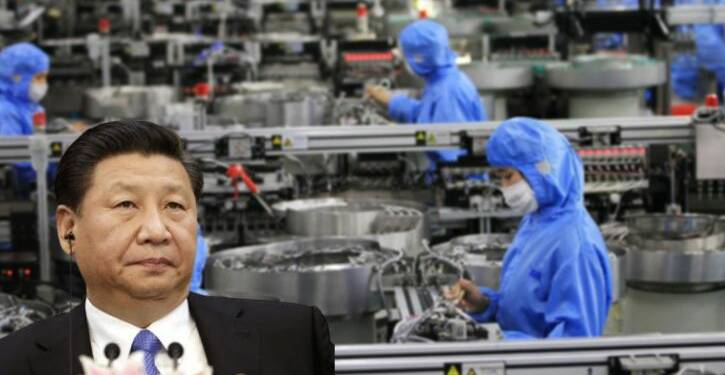 Something strange is happening in China. Some Chinese companies have suddenly suspended production in the Zhejiang province. Beijing claims that they have suspended production activity due to a fresh Coronavirus outbreak. However, a Caixin report published in September tells a completely different story.

In September, Caixin reported, “Eastern China’s manufacturing hub Zhejiang ordered a swath of companies to temporarily halt production as the province struggles to meet its energy consumption targets.” So, the sudden halt in industrial activity in Zhejiang is not related to any public health emergency, rather it is a result of the Chinese energy crisis.” To put it simply- CCP has failed to supply enough power to industries in Zhejiang, and therefore, Zhejiang- let’s stop manufacturing and contributing to the Chinese economic growth.

Why Zhejiang is important for the CCP:

Zhejiang is amongst the more prosperous Chinese provinces. With a GDP of around US$ 1.02 trillion, Zhejiang is home to over 1.6 million private enterprises and a leader in labour-intensive industries including garment and textiles (especially socks and ties), chemical fibre, leather products, wooden furniture, toys, household appliances and paper.

Over the past two decades, Zhejiang has also managed to create a robust heavy industries sector with industries such as electrical equipment and machinery, raw chemical materials and chemical products growing rapidly. In 2020, the province accounted for 14 per cent of China’s total exports. This is why Zhejiang is at the centre of Chinese President Xi Jinping’s ambitions to control the global supply chains and exploit the dependence of foreign powers like Japan, the US and the EU on Chinese products.

Make no mistake, Zhejiang is the backbone of the Chinese exports-based economy. The CCP cannot maintain China’s status as a global exports leader if Zhejiang goes through a slowdown.

How bad is the industrial shutdown in China?

Very bad indeed. Over a dozen Chinese-listed companies have said that they have suspended production in parts of China’s eastern Zhejiang province. Major companies like Ningbo Homelink Eco-tech, Zhejiang Zhongxin Fluoride Materials, Zhejiang Jingsheng Mechanical & Electrical and Zhejiang Fenglong Electric announced the production suspension through exchange filings over the weekend. The shares of these companies have fallen sharply.

Media reports claim that tight local government curbs in face of rising COVID-19 cases are the reason why production has been suspended. However, this is just a good excuse being used by Beijing for the global audience.

Only in September, Caixin had reported how 160-energy intensive companies were affected in the Zhejiang province, mainly in the textile, dyeing and chemical fibre industries. At that time, a community official at Ma’an area in Shaoxing city, in North-eastern Zhejiang province was quoted as saying, “It is mainly for the provincial government’s energy consumption control requirements.”

A dyeing company executive in Keqiao had then told Caixins, “The suspension is quite long, and it will definitely affect business as order deliveries will be delayed.” Steel companies in Zhejiang too were ordered to reduce output in September.

It was also reported that the central government in China was pressing the local authorities to reduce energy consumption. This was quite natural given how China has been facing a nationwide energy crisis this year and has been preserving power for the residential sector. The energy-intensive industries in Zhejiang were therefore forced to curtail or suspend production.

For the troubled industries in Zhejiang suspending production is, therefore, an expression of anger. They are fed up with power-rationing and have made it clear that since the government isn’t going to provide the proper power supply, they won’t contribute to the Chinese growth story. After all, businesses don’t want to suffer avoidable operating costs if widespread power-rationing makes profit-earning a difficult prospect.

How the real estate crisis is also affecting the Zhejiang province?

As if the energy crisis was not enough, the real estate crisis is too becoming a painful problem for the Zhejiang province. Presently, China’s real estate and construction sectors are in the doldrums. The Evergrande Group has officially defaulted and the existing real estate projects in China are getting stalled. New projects aren’t coming up either for obvious reasons and falling property prices mean that China’s property woes aren’t going to end anytime soon.

Meanwhile, it is the related industries that feel the pain.

Construction cranes and other equipment that property builders use are falling into disuse all of a sudden, and this is further discouraging the steel sector and other heavy industries across China. Zhejiang is no exception and this is why you have several industrial units on the verge of shutting shop due to the ongoing carnage in the Chinese economy.

Industries in the Zhejiang province are therefore standing up to the CCP. They have realised that the Chinese government won’t give them the power to operate smoothly. Meanwhile, the Chinese economy is in a mess due to a mounting real estate crisis, low consumer spending, growing factory-gate inflation which hikes business costs, dwindling exports and a clueless government. As Zhejiang suddenly stops manufacturing, we might just be beginning to look at the end of an era in which China became the world’s factory.