Germany’s New Israel policy is here and 1 line summary of it is – “Screw the Iranians”! 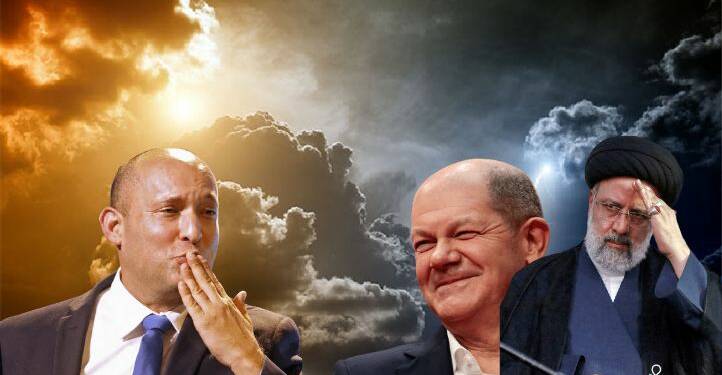 A new era has dawned on Germany. Angela Merkel is now a relic of the past. Germany has a new Chancellor in the form of Olaf Scholz, and a new coalition government has taken charge of Germany.

Together, this coalition government is determined to make life miserable for Iran. Germany’s Social Democrats (SPD), Green Party (Greens) and Liberal Democrats (FDP) have entered into a coalition government. The three parties recently presented their long-awaited agreement. The document has detailed how Berlin plans to strengthen its relationship with Israel and take it to greater heights, much to the dismay of Iran. Ever since the new government has taken charge, Iran has become a daily target for Germany.

Towards the end of the coalition agreement, under ‘Middle East policy’ Israel and Palestine find mentions. The new government in Germany has committed to consider Israel’s security Germany’s “reason of state”. What this means is that Germany’s support for Israel supersedes public opinion or democratic decision-making processes. According to the Middle East Eye, the contract proceeds to explain that good relations with Israel mean shielding it from criticism at the UN. Also, it expects the Palestinian Authority to crack down on violence against Israel.

Additionally, the coalition agreement speaks about acquiring armed drones for the German army. What is not mentioned, however, is that the company already contracted to provide Heron-TP combat drones is Israeli Aerospace Industries (IAI). And then, the new coalition government in Germany has committed itself to invest more in cyber security and obtaining advanced cyber-surveillance technology. Here too, Germany will naturally partner with Israel, as Berlin has been a client of Israel’s cyber security and safety services previously too.

How Germany has Begun Hurting Iran

Germany’s new government is setting a new direction for ties with Iran, and they are all detrimental to Tehran and in line with Israel’s expectations. Much to the liking of Tel Aviv, Berlin seems to have given up on all hopes of the Iran Nuclear Deal being revived. In a joint statement with France and UK, Germany recently said, “Iran has walked back hard-fought compromises reached after many weeks of challenging negotiations, while at the same time presenting additional maximalist demands.”

The joint statement of the three European powers also accused Iran of escalating its nuclear activities to a point where “we are rapidly reaching the end of the road,” saying Tehran’s actions risk “completely hollowing out” the 2015 nuclear deal.

Read more: Israel Defence Minister informs the US that it is going to attack Iran

Germany’s new foreign minister, Annalena Baerbock on Saturday said that time was running out to find a way to revive a 2015 nuclear deal between world powers and Iran. Soon after, Israeli Prime Minister Naftali Bennett held his maiden phone call with the newly elected German Chancellor Olaf Scholz. Bennett invited his German counterpart to Israel. The duo discussed Iran and the threats posed by the Shi’ite nation to regional and world peace.

Germany has had enough of Iran. It has realised it must not invest too much of its time and energy winning over rogue Islamist regimes, and must instead work with like-minded countries such as Israel for the larger benefit of the world. The new government in Germany has been making many appreciable moves, which include dissociating from China and strengthening ties with Israel to counter Iran. Germany seems to have sent a resounding message to Iran. It is this: “Screw you, Iran!”