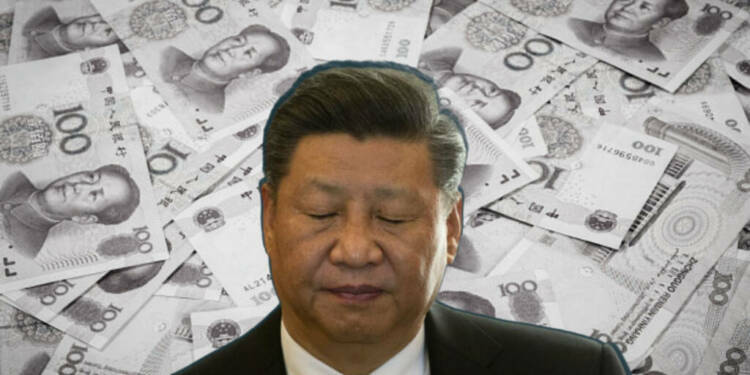 The Chinese growth rate is down. China itself says that its Gross Domestic Product slowed to 4 percent in the fourth quarter of 2021. But in a country where Presidents fudge their swimming speed records, can we really trust the growth numbers?

Now, the Chinese government is in damage control mode. It is telling the people of the country that it will stabilise the economy and that inflationary pressures are easing.

But we are not bothered about what the Chinese government will do. The big question is if China actually grew at 4 percent. Well, the short answer is no. At the very best, China stayed where it was and witnessed 0 percent growth. And now, I will tell you how I discerned this.

China excels in snake oil salesman tactics. Everything that you hear from the Chinese Communist Party is either a lie or a substantially manipulated truth. And I am not exaggerating. Just take a look at the number of things about which China has lied or manipulated.

In fact, China has underreported its COVID-19 death rate by 17,000%. It reported 4,646 deaths, while somewhere around 1.7 million people actually died due to the virus that China created in the first place. And still, you had a yearlong PR carried out by China about how it had defeated the virus while the imperial US still reeled under the devastating pandemic.

And Chinese manipulation in the Ease of Doing Business rankings by the World Bank is even more shocking. China committed data irregularities in its 2018 and 2020 lists, so that it could get a better rank in the list and steal businesses from countries like India and Vietnam.

In Beijing’s defence, World Bank should have gauged from disappearing businessmen in the country that doing business isn’t so easy. Rather, when China was caught red-handed, World Bank discontinued its ease of doing business rankings. Clearly, China used its influence inside the institution and manipulated things.

China’s economy is in a mess

How do you understand GDP? Don’t worry, it won’t be boring like an economics class. But if you want a rough idea, it is the sum total of economic activity carried out in a country or a region in a fixed time period.

Now, China says that it grew by 4% in the last quarter. Why should we believe it? We already know how China can twist its numbers. And we frankly don’t see it growing-

To be precise, the Chinese economy is in the middle of a perfect storm. It all started with Chinese President Xi Jinping’s trade wars with the US and Australia that hampered the Chinese exports industry and also created an electricity crisis across China.

Then, China also picked up military battles with almost all its neighbours and started spending heavily on its defence forces. The thing about defence spending is that whatever China invests in this sector will never come back.

And then came the big blow- the Chinese real estate industry collapsed. The Chinese construction industry was already a fragile bubble resting on abandoned ghost cities. But it used to boost connected industries and ramp up growth numbers. Now, with the downfall of Evergrande and many other property developers, Chinese real estate is going down and crashing the Chinese economy along with it.

And there’s more. China hasn’t been able to contain COVID-19. This is why 1.7 million people died in the first place. Cities like Xi’an have faced tight lockdowns. China cannot be ramping up economic activity when its people are getting infected uncontrollably. And yes, Chinese ports too have been getting clogged every now and then due to COVID outbreaks.

I know this is a lot of information to process, but this exactly is the state of the Chinese economy and this is exactly why we are assessing a neat zero when it comes to Chinese GDP growth.

Why is China fudging its numbers?

For two reasons- pride and prosperity. Let’s talk about prosperity first. China lies about its numbers because that is the only way it can keep investors in good humour. During the first COVID-19 wave in 2020, all major economies, including India and the US, recorded contraction. But China claimed that it grew.

This way investors feel that things are going good in China and when they invest more, China can actually grow its economy. This is what it has been doing for several decades now.

Now, 4% may be a humiliating number for a country like China that used to talk in double-digit growth numbers at one time. But the entire world knows how badly China has been hurt. It can’t say that it clocked 10 percent or even 6 percent growth and become a laughing stock all over again.

But the point is that you cannot trust China. It even lied about the number of soldiers it lost during a face-off with India. 40 Chinese soldiers had died, and China said that only five had died. And even five was a revised number.

China won’t tell the truth, and so we have to keep using our mathematical skills. For now, China says it grew by 4 percent but trust us when we say this, it had a 0 percent growth rate at the best.