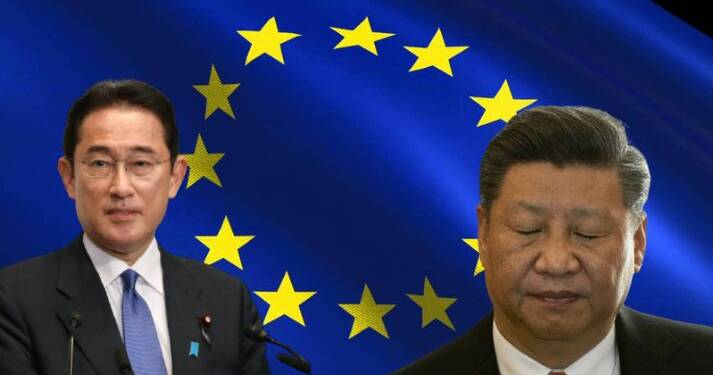 Japan has given a loud and clear message to Central and Eastern European nations- if you hate China, you have our support. Japanese Ambassador to Poland, Akio Miyajima, has pledged unconditional support to all China-hawk countries in the region during an interview with Nikkei.

Miyajima said, “Until a few years ago, countries in the region had high hopes for economic assistance from China. However, after they actually worked with China, some of them began to be disappointed because they found the assistance not as beneficial as they had expected. In addition, a sense of alarm has grown among these countries about China’s Belt and Road Initiative.”

The Japanese diplomat is right. China had created the so-called ’17+1′ initiative that was supposed to bolster Chinese influence in Central and Eastern European Countries, and create a gateway of sorts for Beijing into the European Union. Later, Lithuania exited the initiative and now it is called the ’16+1′ initiative.

But things have been going downhill. The BRI figures in the region are not very good, and there exists a deficiency of about $1 trillion in what China had promised and what it managed to deliver.

And deficiency is just one part of it. The loans are turning painful for smaller countries like Albania that don’t have the institutional capacity to assess agreements and are therefore vulnerable to China’s exploitative financing model. So, BRI is showing its true, exploitative face to the Central and Eastern European Countries (CEEC).

Central and Eastern Europe countries distance themselves from China

CEECs have realised China’s intentions of debt-trapping them. So, many of them are distancing themselves from China. Lithuania, for example, has dumped China to embrace Taiwan, apart from dumping Chinese smartphones.

Another East European country Slovenia has now “shocked” China by announcing plans to upgrade its relations with the China-claimed island nation. Slovenian Prime Minister Janez Jansa said, “Taiwan is a ‘democratic country’ that respects international democratic standards and laws”. The Czech Republic, another country in the ’16+1′ initiative has announced its intentions to exceed Beijing’s ‘One-China policy and intensify cooperation with Taiwan over Indo-Pacific affairs.

Even countries that haven’t opposed China or embraced Taiwan in so many words do show signs of anti-Beijing sentiment. Miyajima said, “Poland, where I am assigned as an ambassador, is medium among the Central and Eastern European countries in terms of closeness to China. It imports a lot from China but exports little to China. A sense of dissatisfaction is simmering about not only the trade imbalance but the sluggish growth of investment from China.”

What does Japan want to do in Central and Eastern Europe?

The diplomat said, “A growing view in these countries is that China fuels Russia’s military ambitions.” He added, “However, Japan’s interest in Central and Eastern Europe remains low. Japan even remains disinterested in the Ukraine issue. For Japan, strengthening relations with Poland, which is a major country in Eastern Europe, should be an issue it needs to address urgently.”

So, Japan doesn’t care much about what happens on the Ukraine front. All it knows is that CEECs have started hating China and this is the time to invest heavily in these countries so that they are permanently weaned away from Beijing.

Miyajima pointed out how “support for the introduction of renewable energy would be a godsend for Poland.” He added, “Japan should hurry to provide infrastructure support to help Poland’s decarbonization efforts.”

Central and Eastern Europe are in the middle of raging anti-Chinese sentiment and Japan doesn’t want to miss the bus. It loves punishing China at every possible point and now it has reached as far as Eastern Europe to teach the paper Dragon a tough lesson.