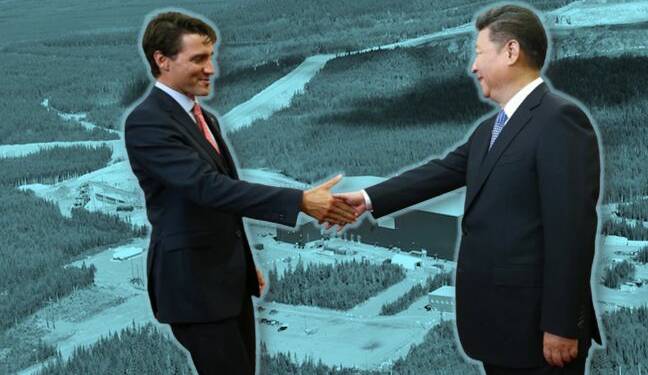 Which metal do you perceive as the most valuable? You may be thinking something on the lines of gold and platinum. But do you know about lithium? Lithium is the metal of the future and lithium-ion batteries are indispensable for powering electric vehicles (EVs) that have started to replace conventional automobiles. And then they have so many other applications which include powering modern-day smartphones, toys, wireless headphones and other electronics.

So, we are not surprised if the conservatives in Canada are all worked up about the takeover of a Canadian Neo Lithium Corp by the Chinese State-owned Zijin Mining Group Co. Ltd.And naturally, the Canada Industrial Ministry has come under fire. Despite the protests, the Industry Ministry has failed to give any meaningful explanation.

Chinese gold and copper miner Zijin had announced to buy Canada’s Neo Lithium Corp for C$918.7 million ($737.14 million) in October of last year. This was part of Zijin Mining’s plan to enter the lithium mining market. for quite a long China has been levelling up moves to take over Canada’s lithium industry and last year, Chinese battery maker Contemporary Amperex Technology Co Ltd (CATL) too had agreed to acquire Canada’s Millennial Lithium Corp in a $302.33 million deal.

For Canada, the takeover of a lithium miner by a Chinese state-owned company brings in serious threats. Neo Lithium is planning a mine in Argentina, which will supply battery-grade lithium to the EV industry for 50 years. Had the company not been taken over by Zijin, it would have put Canada in command of the global lithium supply chains.

However, China which is already in control of almost 60 per cent of global lithium refining, and remains the biggest manufacturer of lithium-ion batteries has upped its reserve with the latest acquisition. China has high concentrations of lithium in itself but it prefers sourcing the metal from locations like South America’s ‘Lithium Triangle’ which consists of Chile, Bolivia and Argentina.

China‘s hoarding of white metal help boosts their devious games of intimidation with its global competitors in the lithium industry.

The takeover of Neo Lithium was a case of acquisition by a foreign company, the transaction was supposed to undergo a screening process by Innovation, Science and Economic Development Canada (ISED).

In this case, the government investigation concluded on December 4 decided that the deal posed no threat to Canada’s national security. The government did not allow a thorough examination that could have delayed the acquisition by several months or could have even led to it getting junked.

However, when Canada’s Federal Minister of Innovation, Science and Industry François-Philippe Champagne was quizzed about the deal during a parliamentary hearing last week, his response was rather absurd.

He even refused to disclose the timeline during which he came to know about the deal. Champagne’s deputy, Simon Kennedy made things even more complicated by saying that an extended review did take place beyond the minimum threshold of 45 days.

Kennedy declined an interview. He even refused to reveal the specifics of the review. However, there is no evidence whatsoever that Champagne came to know of the big deal before it was made public on October 8 last year.

A regulatory filing by Neo Lithium further reveals how the deal came together in a hurry and materialised only a few days before it was announced. There was also no mention of anyone from Neo Lithium or the Zijin Mining Group approaching Canada’s Federal Industry Ministry in the matter.

Wesley War, an expert witness who testified in parliamentary hearings on the Neo-Zijin deal said, “Testimony provided by the Deputy Minister of ISED to the Committee about an expanded time frame for national security review regarding the Neo Lithium acquisition appears to be contrary to the facts of the case.”

The Trudeau government has ended up handing a vast lithium source to China, which the Communist nation in all probability will exploit for the next five decades. And now the Canadian government stands guilty in helping China consolidate its hegemony in the mining of strategic minerals, where all goes behind the veil of confidentiality requirements.

Both the Industry Minister and Deputy Industry Minister cited confidentiality requirements under the Investment Canada Act to maintain their suspicious silence on the timeline of the security review. However, the duo revealed some details last week that they had earlier deemed confidential. The entire episode reeks of suspicion and brings to light the Trudeau government’s complicity in aiding China’s lithium plans.

The acquisition of Neo Lithium is no ordinary deal. A Chinese State-owned company has taken over a lithium mine, and it is quite likely that the CCP will now put into ‘good use’ the mining project to hoard more lithium.

Some 10 or 15 years down the line, white metal could face scarcity due to its extensive use in the global electronics industry. And that is when the Neo Lithium-Zijin deal will hurt Canada and other enemies of China.

Collection of Never let them see you sweat quotes

Collection of Some of the Best Soul tie Quotes