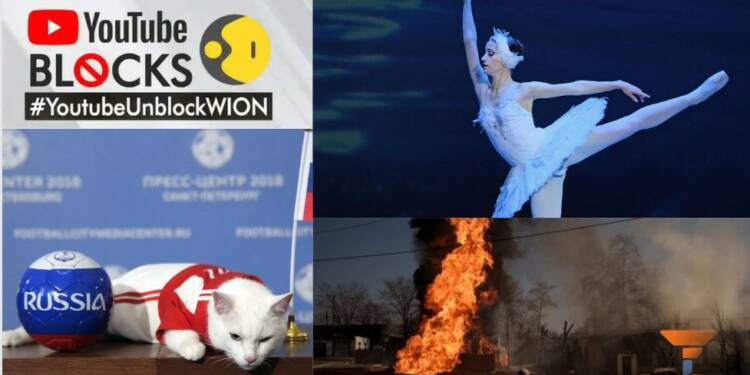 India’s WION was blocked by YouTube on March 22. Why? Apparently, the portal had a problem with an innocuous video dated March 10 that carried speeches by Ukraine’s Foreign Minister Dmitry Kuleba and Russian Foreign Minister Sergei Lavrov.

The video was summarily blocked by YouTube for “denying, minimizing, or trivializing well-documented violent events,” in a reference to Russia’s brutal invasion of Ukraine. Really? So, will YouTube also ban documentaries that show excerpts of Adolf Hitler’s speeches? Does this make any sense? But then, this is what the West has been doing all along—using cancel culture to fight a war.

How are US and other Western powers trying to cancel Russian athletes?

So, what is the West doing? It is trying to cancel Russia with bans, restrictions and severance of cultural exchanges.

To start with, Russian athletes were banned from participating in international events. Why? Were the Russian athletes the ones driving tanks into Ukraine? Both Russia and Belarus were also excluded from major events. And they were also denied the right to host competitions scheduled to be held in their territories.

So, Formula One will not take place in Russia; Russian and Belarusian athletes couldn’t participate in the 2022 Winter Paralympics; FIFA and UEFA also suspended Russian national and club football teams and the iconic Russian Ice Hockey team also faced a ban. Russia is also facing Western outrage in rugby, tennis and basketball.

But you are highly mistaken if you think this cancel culture against Russia is limited to the sports arenas. Even Russian artists are feeling the heat too.

This is quite absurd. Tchaikovsky was actually seen as a westernizer. One Italian university went a step further and tried to withdraw a course about legendary Russian writer Fyodor Dostoyevsky.

What the West is doing with Russia isn’t unprecedented. When World War I broke out, English novelist Graham Greene recorded that the anti-German sentiment was so stark that a dachshund was stoned to death on his local high street.

Again, we believe that cats didn’t have a substantial role to play in the war. Banning innocent Russian felines doesn’t make much sense.

We are losing count on what kind of rubbish and futile actions have been taken by the West in the name of punishing Russia and its warring president. From cancelling Russian artists and a ballet named after Russia to excluding Russian artists from global events, the West’s actions against Russia have been all bark but no bite.

The West has also been accepting Ukraine’s claims at face value. What Russian officials say is rejected as propaganda and news channels get cancelled for merely showing speeches by Russian leaders.

The only thing that the West, however, hasn’t done is to stop buying Russian oil and gas or send top-grade weapons to Ukraine.

The West has also rejected Ukrainian requests to enforce a no-fly zone in Ukraine.

Read more: NATO was all set to create a No-Fly Zone over Ukraine, but it chickened out

Banning Russian athletes, artists and cats hardly harms Russia. Nor does it put any obstacle in Russia’s ongoing war effort. Let’s make it very clear–cancelling Russia won’t stop the war. Punishing Russia will stop the war. However, the West seems to have no plan to do so.