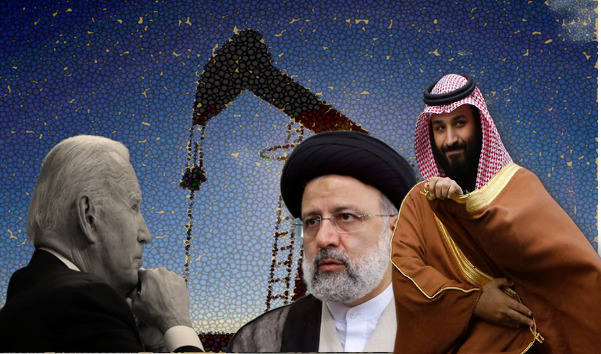 In a nutshell, the Biden administration wants the Saudi Arabia-led Organisation of Petroleum Exporting Countries (OPEC) to increase oil output in order to stabilize skyrocketing prices and ensure an adequate oil supply throughout global markets.

Saudi Arabia has been rejecting such proposals. The increasing oil output will bring prices down, and that would mean the Islamic Kingdom will not be able to earn much profit in the current global situation. This is the time for the Saudi kingdom to make a fortune, and therefore, Riyadh is snubbing Washington left, right, and center.

Crude prices rose more than 1% to over $120 a barrel on Friday. This came after Houthis, backed by Iran, launched strikes on Saudi Arabia’s oil distribution facility in Jeddah. As a consequence, Saudi Arabia said it will not hold responsibility for any shortage of oil supplies in global markets caused by Houthi attacks on its facilities.

As odd as it may sound, the interests and goals of both Saudi Arabia and Iran are currently aligned, which is why they appear to be ganging up on the Biden administration.

Biden had come to power with a pre-poll agenda of marginalizing Mohammed Bin Salman (MBS) over the Democratic Party’s human rights propaganda. Therefore, soon after coming to power, he ended support for offensive coalition operations in Yemen; put arms sales to Saudi Arabia on review; rescinded the terror designation against the Houthis, and asked Riyadh into ending a coalition blockade on Houthi-held areas.

The Biden administration’s support for Iran-backed Houthis has infuriated Saudi Arabia. A major reason behind Riyadh not complying with Washington’s requests is Joe Biden and his team’s support for Houthis in Yemen. Now, with Houthis stepping up missile attacks against Saudi oil facilities, the kingdom has every right to pin the blame on the Biden administration and put a cap on oil output.

Read more: Saudi Arabia has a clear message for Biden: Act tough on Houthis or deal alone with oil shortages

Not only is Saudi Arabia refusing to increase oil output, but it is also explicitly warning the United States against a shortage of oil in the markets due to the relentless attacks on Riyadh’s oil facilities by the Houthis. This puts the Biden administration in a spot. It desperately needs oil output to quell the growing domestic disenchantment with rising prices. However, the only way to do so is if the Biden administration submits itself at the feet of Saudi crown prince Mohammed Bin Salam.

Iran is stepping up attacks on Saudi Arabia using its proxies in Yemen because it knows it can take the Biden administration for a ride. To top it all, Iran is being used by Russia to harm American interests. Iran wants to hurt the United States. The best way to do so is to spoil Washington’s oil party.

When oil prices rise and gasoline supplies get cut down, Americans will feel the pinch on a personal level. Iran knows it can strongarm the United States into complying with its demands, especially on the JCPOA front, by weaponizing oil. Iran is feeling emboldened, to the extent that it recently admitted to having conducted missile strikes on a U.S. Consulate’s vicinity in Iraq. The Biden administration did nothing to retaliate.

Meanwhile, the Russia angle at play here cannot be ignored.

America and its allies have imposed sweeping sanctions on Russia. However, Russia has an ace up its sleeves as well. All it needs to do is get Iran to jeopardize Saudi Arabia’s oil facilities using Yemen’s Houthis. The shockwaves created by the same will upend United States’ energy security.

Therefore, both Saudi Arabia and Iran seem to have unconsciously come together to make life miserable for Joe Biden.