It is quite laughable that in a nation like Jamaica where crime dominates the socio-political atmosphere, the government’s priority is to create another parish 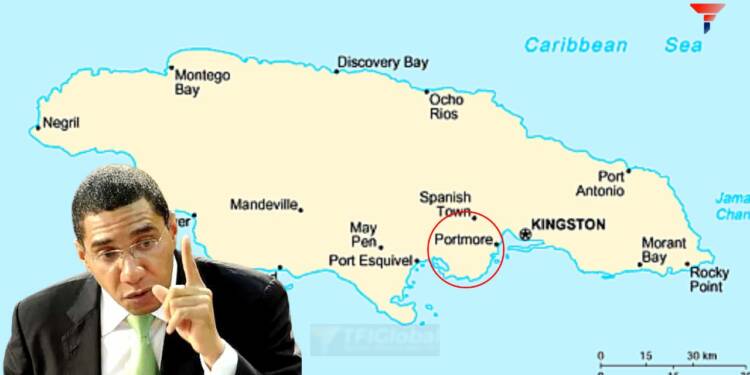 In Jamaica, Portmore is about to become the nation’s fifteenth parish. The issue is receiving national scrutiny in the wake of a recent vote in the House of Representatives which granted parish status to the city. The urban settlement is the first to be given the status of parish in Jamaica in 155 years; earlier St. Thomas was given the tag of parish in 1867.

Deliberations were held in Parliament for two weeks on the basis of a report of the Joint Select Committee (JSC). The discourse for parish status has reappeared after two decades when the then People’s National Party regime brought it up for discussion. However, later, it considered granting a municipal status to Portmore.

Dr. Andrew Wheatley, chairman of the JSC, who introduced the proposal to create the 15th parish, stated that the infrastructure of Portmore will be developed, stressing that a hospital will be built.

However, he added that the people living in Portmore must not be deprived of parish status just because it does not have adequate necessities and emphasised that it will be given outright autonomy to manage its affairs.

However, in the Jamaican public discourse, debates and questions have emerged. People are contending that how can Portmore, which has no requisite civil amenities, be turned into a parish.

While Fitz Jackson, a Member of Parliament from South St. Catherine, the decision to grant it parish status is due to political reasons.

It is actually considering that in the areas located in the west of Portmore, people generally vote for the opposition, PNP. Therefore, in order to exclude them from the jurisdiction, Holness’s administration blocked the expansion of the boundary.

The concerning thing here is that the government didn’t hold any constructive discussion or consultations with the people before going ahead with its move. The selfishness on the part of Holness’s administration is blatant, it is not concerned about granting autonomy to the people of Portmore. Its objective is to enhance the vote share of the Jamaica Labour Party (JLP).

It is quite laughable that in a nation like Jamaica where crime dominates the socio-political atmosphere, the government’s priorities are to create another parish.

It is a harsh reality that Jamaica is the second most unsafe country in the world, first is El Salvador. The high levels of crime has, apart from dozens of lives, in the loss of 4% GDP.

Similarly, cybercrime is another disease eating away the progress and success of Jamaica. The menace has led to J$12 billion loss in the country.

Andrew Holness is running a circus, there are things which need urgent attention and intervention from the state. As a matter of fact, one social media user stated that the Jamaican government will not enact Rent Restriction Act, increase punishments for violent criminals and implement new traffic fines but will create another parish. Adding another parish will not resolve the problem of crime which is the utmost need of the hour.

It is a universal truth that a good leader is one who listens to his constituents, runs things in a democratic way, doesn’t forcefully impose his will on the public and most significantly aligns his administration to the aspirations of the country. All these characteristics are missing in Andrew Holness and, sadly Jamaica is enduring a prime minister who has never stepped out of his illusionary privileged world. We have seen how frequently he imposes states of emergency without thinking of its consequences on the lives of people.

Therefore, the creation of Portmore as a new parish will attain only one thing. It will increase the number of seats for the Jamaica Labour Party in the parliament. But what Holness is not realising is that his decision will have tremendous repercussions on the outcomes of the next general elections. Since Jamaicans will keep in mind that their leader failed them and will not think twice before hitting him with a reality check.