The very argument that a state must accept asylum seekers does not hold any weight in the geopolitical domain. UNHCR should understand this very clearly 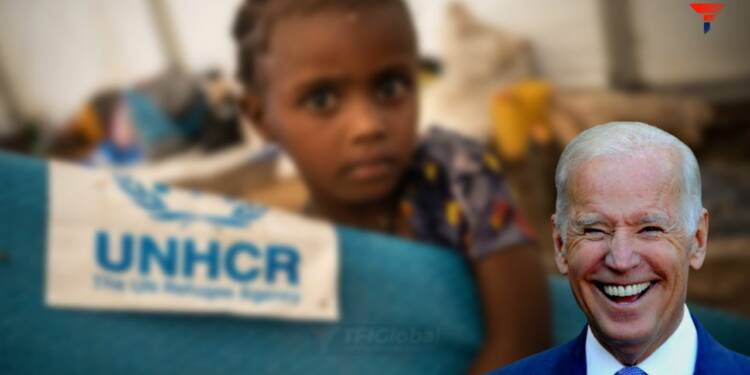 The United Nations Refugee Agency (UNHCR) tends to go after nations that are taking meaningful actions to prevent illegal migration. Its condemnation of the migration policy of the US and the Dominican Republic corroborates the fact that this bogus agency, which is running a charade, must be disbanded swiftly.

UNHCR and its Unfounded Accusations

The United Nations Refugee Agency (UNHCR) criticized the measures implemented by the Biden administration in response to the illegal migration from Caribbean nations.

The US government recently stated that it is limiting the number of migrants from Cuba, Haiti, Venezuela, and Nicaragua to 30,000 per month on humanitarian grounds and will deport those who attempt to cross the border illegally.

UNHCR emphasized that Biden’s decision is a violation of international refugee law. Furthermore, its spokesperson, Boris Cheshirkov, said that the US should not expel people who do not have any documentation. The international organization also condemned the public safety measure “Title 42”, which prohibits the entry of people from nations that are plagued by lethal diseases.

Unfortunately, the UNHCR is not aware of the most fundamental principles of a sovereign nation. Generally, a government’s foremost priority is to ensure the safety of its people, protect its border and implement policies that keep dangerous people out of its territory. Often, illegal migrants have managed to cross the border of nations such as the US and Italy and later committed atrocious acts including terrorism.

The contention of the UNHCR that so-called asylum seekers must be allowed entry without any scrutiny reflects irrationality and ignorance. Whenever a nation consolidates its sovereignty by cracking down on undocumented people in its territory, the UNHCR starts circulating a misinformation campaign against it. In addition to accusing that nation’s government of authoritarianism, it also tries to persuade other nations in international forums to stop partnering with it.

UNHCR needs to realize that a nation will take into account its laws, constitution, and judiciary into consideration while formulating its migration policy rather than listening to its bogus arguments.

However, sadly it has not learned these basic tenets of democracy and has followed the same pattern as other countries.

For instance, it interfered in the internal affairs of the Dominican Republic, asking its government to halt the deportation of illegal migrants in the wake of a 2013 verdict by the nation’s Constitutional Court.

In the Dominican Republic, the court and government took a series of constructive steps to curb illegal migration from neighboring Haiti. This resulted in Haitian people having to prove the legality of their status, the move aimed at strengthening the security of the state.

But according to the then spokesperson of the UNHCR, Adrian Edwards, this was a cruel measure. It falsely stated that in addition to violating the civil rights of undocumented people, this would defeat the fight “to end the problem of statelessness.”

The issue of illegal migration from Haiti has been a major concern for the Dominican Republic. For decades, it is compelled to deploy massive resources in curbing the flow of illegal aliens into its territory. Considering that Cholera was spreading like wildfire in Haiti, the Dominican authorities must stay alert almost 24/7, otherwise, they will be grappling with a public health emergency in addition to the current refugee crisis.

Read more: Dominican Republic shines as a tourist favourite despite the US trying to crush it

Ironically, the United Nations itself has a very notorious track record when it comes to human rights. As in nations like the Democratic Republic of Congo, its peacekeepers were involved in murders, rapes, etc. While in the Central African Republic, its soldiers’ countless atrocities culminated in an anti-UN atmosphere among locals. Therefore, any onslaught on the credibility of sovereign nations like the Dominican Republic by UNHCR gets overshadowed by the scandalous actions of the UN. The very argument that a state must accept asylum seekers does not hold any weight in the geopolitical domain.