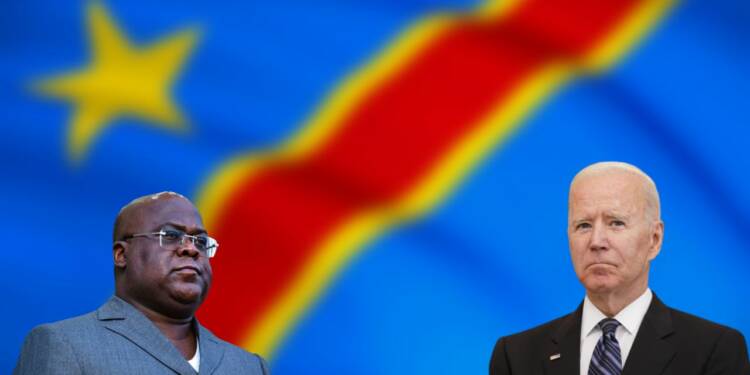 Felix Tshisekedi in news: The African continent has long been a ground of power play for global forces. The abundance of precious resources coupled with the instability and poverty in the region, has attracted superpowers to its land. The Democratic Republic of Congo is one such example which is rich in natural resources such as cobalt, oil, gold, and copper. It has 70% of the world’s cobalt reserves, which are used in the manufacturing of many products such as batteries and cells.

We’ve discussed the alliance between the US, Rwanda, and M23 in draining the DRC of its natural resources numerous times. And now, President Felix Tshisekedi has struck a pact with the United States of America that will empower Washington further to plunder the poor African nation’s resources.

According to the Hydrocarbons Ministry of Democratic Republic of Congo, the government has awarded licenses to three natural gas blocks in Lake Kivu on its eastern border, with some production expected to start as early as next year. The Makelele block has been awarded to RED, a local subsidiary of United States-based Symbion Power, the ministry said. The Idjwi block went to another U.S. company, Winds Exploration and Production LLC. The Lwandjofu block has been given to  Canada-based Alfajiri Energy.

The Hydrocarbons minister Didier Budimbu told Reuters that he hopes the Symbion Power block would begin producing in 2024.

US interests in DRC

To be clear, the US has long utilized proxies in the guise of M23 to plunder DRC’s resources. The threat of M23 rebels, you see, encourages the smuggling of cobalt and other natural resources into Rwanda, which supports these militants. As a result, the vast riches end up in American territories.

It is an open secret that the US has time and again, tried to establish complete control over Congolese resources through Rwanda and its proxies. To overlook this reality and award mining contracts to its adversary reeks of stupidity at the hands of the DRC government.

But this is not the first time President Felix Tshisekedi has put his nation’s interests in jeopardy. We have earlier reported about the rise of the Canadian mining company Ivanhoe Mines and its growing influence in the power corridors of the Democratic Republic of Congo. The multinational Canadian corporation has amassed wealth by collaborating with dishonest DRC officials like Felix Tshisekedi.

Read more: Is an all-out war imminent between DRC and Rwanda?

As reported earlier, John Kerry, the US Climate Envoy, cautioned against long term gas projects in Africa. It is thus, paradoxical that the same United States that raised environmental concerns in DRC is now involved in the country’s mining projects. However, hypocrisy is a feature of American foreign policy. Washington was never concerned about Africa’s diminishing resources or mounting environmental problems. Showing worry about climate change is an excellent foreign policy tool for advancing America’s interests in the region. It highlights ecological concerns in the DRC when it fits Washington’s objectives; it is no longer speaking about such concerns since the dynamics have shifted, and remaining silent is essential for advancing American interests.

On the other hand, by assisting the United States, a key supporter of the M23 movement, the DRC President is on the verge of reversing all of the efforts made by African states like as Kenya and Uganda to defeat M-23. Only time will tell how profitable it would be for Felix Tshisekedi to capitulate to American demands and sell his country.

Nonetheless, the recent incident is a powerful clue for DRC citizens to understand who is on their side and who is working against their interests. Be assured, Felix Tshisekedi will face karmic retribution in the next elections.