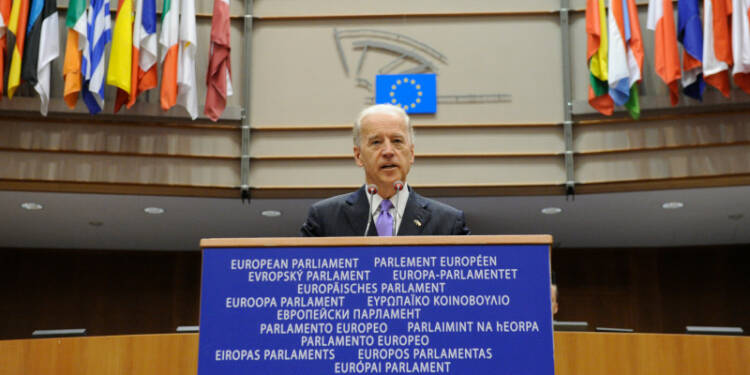 Joe Biden’s tenure as the President of the United States starts with a daunting list of foreign policy challenges. These challenges are not because of Trump’s misdemeanours but because of Biden’s failure to comprehend the contemporary structure of world politics.

Biden throughout his campaign has been challenging Trump’s foreign policy. Biden has berated Trump over his policies regarding NATO and the EU while at the same time criticised the US relations with the Arab world especially with Saudi Arabia. Biden is a crop of politicians for whom the cold war era and an arms race with the Soviet never ended. Their failure to recognise China’s rise and treat it as a threat had been detrimental to the US’s rise. They still hark back to the glory days of the Cold War where the US and the USSR jostled for power. Trump had put the spotlight on China and made alliances that would have enabled the US to maintain its position as a hegemonic power. Now Biden sits in the oval office, wandering in his dystopia and wooing allies that are redundant to maintaining the hegemonic stature of the United States.

Before Biden’s inauguration,the EU and China signed a massive investment deal. Despite a public plea from Biden’s camp to put the brakes on the deal, the EU still went ahead and signed it.

The European Union can choose its economic and strategic partner and the EU did just that. It chose China for its economic independence and the US for its strategic manoeuvring. While the EU-China deal occurred recently, the EU had been taking full advantage of the United States flowing cash into NATO. Trump had put brakes on it and called for equal responsibility.

Europe aims to achieve economic independence to deal with China and align with the US to deal with China’s economic rise. It is not a victory for Biden and perhaps the US could conclude that it’s not particularly happy with this bargain. It should seek new international formats to contain China, loosening its commitment to the heavy expense of Europe’s military defence umbrella. Exactly the approach Trump took when he put his weight behind the Quad and became one of the biggest anti- China leaders of the world.

The Quad is also under threat of being placed in the backburner. One of Trump’s long-time rhetoric was to keep the Chinese belligerence in the spotlight. Biden when coming to office removed the page of China’s challenge from his list of policies from the State Department’s website.

Moreover, throughout his presidential campaign, Biden targeted US-Saudi relations vehemently. Now that he is in power, the US relations with Saudi is under threat. MBS is now wary of the US President and as a result, Saudi has taken over Russia as China’s biggest oil exporter.

Saudi Arabia, despite their human rights record but in respect towards the United States, the kingdom has scaled back beheadings, remove hate speech from textbooks and limited prison terms for activists.

But Biden’s rhetoric of making Saudi Arabia pay for its crimes is not sitting well. Peace had been achieved in the Middle East through Trump’s Abraham Accords but Biden is adamant to disturb it possibly to appease his deep state masters.

Read More: ‘Trump got China right,’ Biden’s Secretary of State and Defence Secretary are all praises for Donald Trump

The United States is losing its allies . To counter a new threat in China, Trump gave the world a solid foundation but Biden, because of his ideological hatred to Trump’s policies is shredding it to pieces.