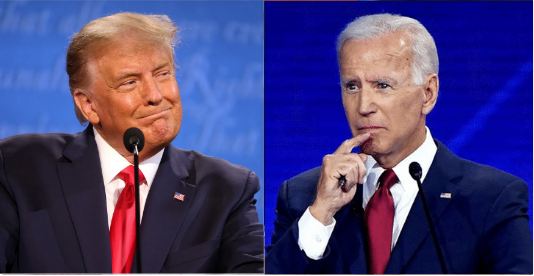 Remember all the promises which Joe Biden made during the Presidential campaign trail last year? Biden claimed that the US lost global leadership under the Trump administration and that Biden would bring in a team of experienced administration who would restore American leadership. After coming to power, Biden proclaimed, “America is back”.

Yet, less than two months after assuming charge of affairs at the Oval Office, Biden is simply repackaging Trump-era policies and calling them his own. Make no mistake, he wanted to make some changes in foreign policy, but American allies restrained him successfully. Let’s see how the Biden administration is repackaging and rebranding Trump-era policies. For the sake of convenience and from the traditional American foreign policy, the globe is to be divided into four parts.

Now, this has to be the most complicated region for any US President. Trump, however, kept it simple. He kept his promise of not waging any new wars in the region throughout his tenure. President Trump also relied on his key allies- Israel and the Arabs. And by the end of his term, he also managed to broker peace deals dubbed “Abraham Accords” between some Arab nations and Israel. His policies were calculated to create a united front against Iran which led to the “maximum pressure policy” in order to rein in Tehran’s nuclear ambitions.

Biden, on the other hand, started off in a clumsy and awkward manner. The sitting US President couldn’t look above his hatred for Trump and started backstabbing Israel’s PM Benjamin Netanyahu, who is considered a close ally of Trump. Biden also tried to strong-arm the Arabs with plans to snub Saudi Arabia’s de facto leader, Crown Prince Mohammed bin Salman. Also, in line with his former boss Obama’s policies, Biden tried to go soft on Iran.

But it didn’t take long before things started moving back to normal. Israeli pressure has forced Biden to behave and maintain a safe distance from Tehran. The US President has also felt compelled to reaffirm the US-Israel bonhomie. Also, at least on an official level, Biden backs the Trump-era Abraham Accords.

In the Middle East, Biden is now doing what Trump was doing. Biden administration’s remarks against Saudi Arabia are perhaps the only exception, but that too can fade away very quickly.

Trump’s Indo-Pacific policy is what made him unique and special. After ages, we had a US President who showed the intent to wage a trade war against China and devise mechanisms for containing the paper dragon. Trump revived American influence in the Indo-Pacific by championing the ‘Free and Open Indo-Pacific’ (FOIP) policy. He also gave unparalleled importance to the Quad – an informal strategic forum comprising Japan, the US, India and Australia.

Biden couldn’t do things very differently, even though he did make a try. Initially, Biden was in a mood to go soft on Beijing. He even went as far as downplaying the Uyghur concentration camps in China-occupied Xinjiang and advocating a Secure and Prosperous Pacific as against Trump’s FOIP. Yet, the Quad didn’t allow Biden to go too far.

Today, Biden feels compelled to things like sending US Secretary of Defence Lloyd Austin to India, making plans to host Japanese Prime Minister Yoshihide Suga and speaking in terms of a Free and Open Indo-Pacific.

In the recent Quad summit, Biden was even seen promoting what can be described as Trump’s line. He said, “We know our commitments…Our region is governed by international law, committed to all the universal values and free from coercion but I am optimistic about our prospect.”

Trump was a pragmatist, who overcame the nostalgia of the cross-Atlantic ties, symbolised by NATO. He made a conscious move to shift his focus from the Atlantic to the Indo-Pacific. The strategic world order is moving from the Atlantic to the Indo-Pacific because the US-Russia rivalry is getting replaced by US-China rivalry. Moreover, German Chancellor Angela Merkel’s refusal to accept Trump’s global leadership accelerated the growing anachronism in the cross-Strait relations between the US and Europe.

Biden, on the other hand, slammed Trump for losing America’s global leadership and abandoning the old allies. Biden used to claim that he would reinvigorate the US-EU ties. He even tried to play the Russia card and revive the NATO. But the real issue is that even a bigger part of Europe wants to become independent and self-sufficient. French President Emmanuel Macron champions the cause of strategic autonomy. And he is showing the ability to lead Europe independent of big powers like China and the USA.

4. Rest of the world

Trump had a simple policy for the world. Everyone has to decide for themselves and the US is done policing the world. And Trump himself had a poll promise to fulfil – bringing back the American troops. This is what he actually did in countries like Afghanistan by finalising a withdrawal plan.

Biden, of course, belongs to the interventionist lobby. But this has more to do with how things are inside the US. An average American doesn’t fancy an administration that uses taxpayers’ money for keeping US troops in trenches, far away from their homes. Waging new wars and sending in troops, just to keep the military-industrial complex running is a too unpopular move, even more, for someone like Biden.

So, Biden will wage no new wars. He will ultimately rebrand and sell Trump’s peace initiatives as his own.

Biden came in with a lot of vigour but less than two months down the line, he is forced to continue from where Trump left.