Obama wanted a red telephone line with China, never got one. But Biden will! 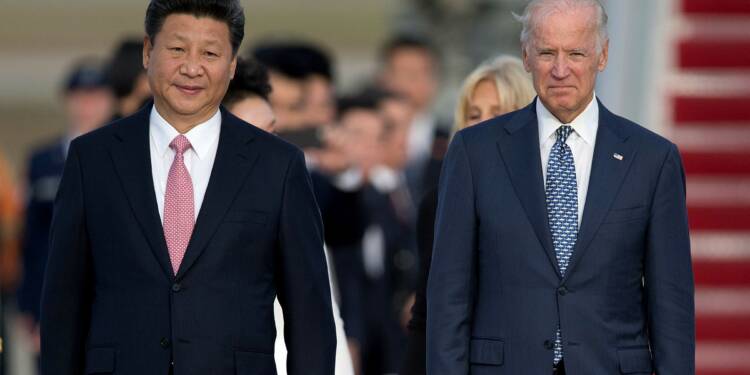 China is growing stature, not because of its own belligerence or authoritarian behavior. It was made evident by Australia and India and Japan and even ASEAN states that China could be dealt with. But China’s rise in the power structure is facilitated by US President Joe Biden. The Biden administration is looking into the possibility of setting up an emergency hotline with the Chinese government, similar to the so-called “red phone” established during the Cold War between the US and the Soviet Union, which allowed direct communication with the Kremlin in order to avoid nuclear war.

According to the two individuals, a hotline to Beijing would allow President Joe Biden or key officials on his national security team to send encrypted phone calls or texts to President Xi Jinping or people surrounding him right away. For example, urgent information on abrupt military moves or cyber hacking warning messages could be sent.

According to a source familiar with the memo, the idea of establishing up a hotline with Beijing dates back to at least the Obama administration.

Officials in the Biden administration have continued to pursue the idea, according to insiders, but there are still a lot of problems to iron out, such as whether the Chinese would ever consent to use the device. Current and former US officials told CNN that getting quick responses from Beijing on crucial subjects has long been a problem. Because of the Chinese political system’s top-down orientation, most contact beyond leader-level participation is discouraged.

At the Pentagon, a similar hotline to China exists, which is supposed to be used strictly for military concerns but is rarely used.

“We do have a hotline. It’s known to have, the couple of times we’ve used it, just rung in an empty room for hours upon hours,” Kurt Campbell, the senior National Security Council Indo-Pacific coordinator, said, during a conversation about US-China diplomacy and Taiwan earlier this year.

Because of the flaws in the present system, as well as China’s increasingly aggressive military, US national security officials are increasingly concerned about the risk of miscalculation with China, and believe that more has to be done to improve communication.

“There is a worrisome shortage of tools for incident management in the US-China relationship. It is pretty urgent that the US government pursues working lines of communication which allow them to respond to a crisis or to prevent a crisis. We need a 911 operator so to speak,” said Danny Russel, a former assistant secretary at the State Department. Russel added that it is imperative to also consider tools “that can be integrated into a wider crisis communication strategy, with the focus on broad risk reduction.”

A senior administration official declined to discuss the device when asked about it but did say that “generally speaking, of course we have an interest in ensuring that competition with China is managed in a responsible way. We have been clear this relationship will be defined by competition and we welcome that stiff competition, but we will also continue to work to ensure this competition doesn’t veer into conflict.”

According to CNN, officials at the State Department and the National Security Council are still figuring out how the device will work technically. The next stage would be to flesh out the entire notion and include it into the Biden administration’s China strategy. The device would then require White House and Chinese government permission before being implemented.

The efficacy of a new hotline with China would be highly dependent on Beijing’s commitment to using it and placing it in a position where Xi would have regular access to it.

“There would be advantages to setting up this kind of tool for high-level messaging with China on strategic cyber concerns, but you have to make sure it is connected to the right place in the chain to connect with leadership effortlessly and quickly,” said Chris Painter, former State Department coordinator for cyber issues under President Barack Obama. “You may not get information back that you want, but it could be used to send messages back and forth to put people on notice.”

As much as the Biden administration is keen to get a hot line with Beijing it speaks volumes about the US’s declining power and stature under President Joe rather than China’s own rise. It is undeniable that China has had a meteoric rise; however as has been proven time and again China is still way far from reaching the highs of the Soviet Union during the cold War.

Austria bans Muslim Brotherhood and all other fanatic Islamist outfits