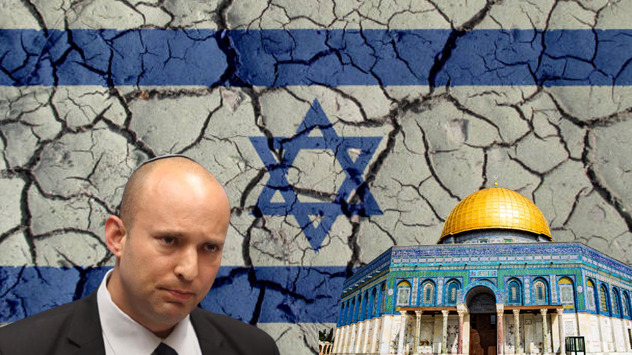 The al-Aqsa compound dispute is in news once again. And this time the Israeli authorities, as well as the Israeli judiciary, seem to be taking a patently anti-Jew approach. The routine argument of maintaining public order is once again being used to undermine Jewish interests.

What is the al-Aqsa mosque compound dispute:

The Haram al-Sharif/Temple Mount is central to the Israeli-Palestinian conflict, with Palestinians fearing Israel may one day seek to assert further control over it. Presently, Jews are allowed to visit but not pray there to avoid provoking tensions.

Under the status quo affirmed in 1967, only Muslims can pray within al-Haram al-Sharif, also known as the Al-Aqsa Mosque compound, which consists of 14 hectares (35 acres).

The Mosque is built atop the Temple Mount- the holiest Judaism site in the world built by King Solomon. The First Temple was destroyed in 586 BC by the Babylonians and the reconstructed temple known as the Second Temple was again destroyed by the Romans in 70 AD. Yet the site of the Temple remained as the venue of Jewish prayers.

Al-Aqsa is presently governed by an Islamic trust and thousands of Muslims regularly pray there, whereas Jews pray at the Western wall, which sits below the Al-Aqsa Mosque and is considered a remnant of the Second Temple destroyed in 70 AD.

Why is the al-Aqsa mosque compound in news again?

However, on Tuesday, an Israeli Magistrate Court held that prayers by Jewish worshippers at the al-Aqsa mosque compound could not be regarded as a “criminal act” if they were silent. The Court also observed that the Israeli rabbi’s whispered prayer did “not violate police instructions”. This should have ended the debate for the Israeli authorities, and they should have proceeded to implement the Magistrate court’s verdict.

In fact, the court decision was a license for the Naftali Bennett government in Israel to take on Hamas, which controls Gaza and acts as a self-appointed guardian of the al-Aqsa mosque compound.

However, Bennett is a weak Prime Minister, unlike his predecessor Benjamin Netanyahu. Bennett, who is himself a right-wing politician, leads a rainbow coalition supported by the Left and the Ra’am party led by an Arab leader Mansour Abbas, who is sympathetic towards the Palestinian cause. Therefore, Bennett simply cannot go ahead and uphold Jewish interests.

The Bennett government seemed desperate to restore the ban on prayers by Jews at the al-Aqsa mosque compound. In fact, the Israeli police appealed Tuesday’s court decision amidst vociferous protests by the Palestinians. In the appeal case, Jerusalem District Court Judge Aryeh Romanoff upheld the ban on Aryeh Lippo.

The District Judge observed that the police officers had acted “within reason”. He wrote, “The fact that there was someone who observed [Lippo] pray is evidence that his prayer was overt.” The Judge added, “I restore the decision of the police commander.”

The fact remains that there is no Israeli law prohibiting Jewish prayers at Temple Mount and the sweeping ban on such prayers is a matter of administrative convenience.  Israel had captured East Jerusalem, where the disputed compound is located in 1967. Yet, Jordan continues to act as the custodian of Islamic cites in the historic city, which ultimately dilutes the rights of Israel’s Jewish majority.

Had Benjamin Netanyahu been in power today, he would have used renewed tensions over the al-Aqsa mosque compound to decimate Israel’s number one enemy- Hamas. However, the Bennett government has chosen to punish Jews instead. This really creates a sense of chaos over Israel’s fundamental character and suggests that the West Asian country is losing its Jewish identity.

Iran is preparing for a war on its border with Azerbaijan. Not against Israel but Turkey