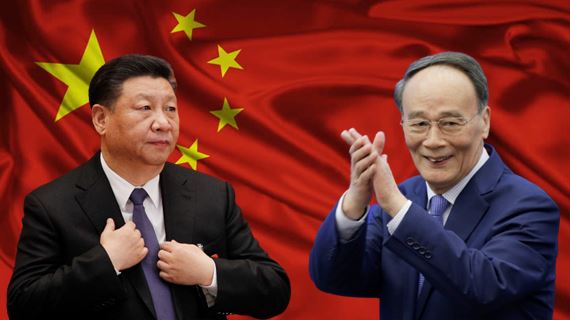 As per a WSJ exclusive report, Xi has launched a round of inspections of Chinese financial institutions. The inspections were announced last month and they focus on whether state-owned banks, investment funds and financial regulators have got too close to private firms, especially with enterprises like the indebted real estate major China Evergrande Group, ride-hailing company Didi Global Inc. and fintech firm Ant Group, which is connected to Jack Ma’s Alibaba.

The investigations or inspections launched by Xi are expected to have some far-reaching effects. As per WSJ, the Chinese Communist Party leadership will use its findings to decide whether compensation of certain executives at State-owned financial institutions have to be cut down. In fact, China’s Ministry of Finance officials are advocating reductions in compensation paid to executives of financial institutions, to bring it at par with the industrial sector.

As per the Chinese state-owned Xinhua News Agency, Zhao Leji, current head of Xi’s anti-corruption body, said that the inspectors in charge of examining 25 financial institutions will “thoroughly search for any political deviations”. This was a signal that Xi’s crackdown on the financial sector does have a deep political nexus.

Also read: For the first time ever, Jinping admits CCP is facing unprecedented challenges as he readies cadre for “struggle and hardships”

Even after leaving the state-owned financial institution, Qishan maintained his stronghold and he got people close to him installed in important positions at state-backed financiers, including the China Construction Bank.

Anyhow, Wang Qishan’s position is being downsized by Xi Jinping now. In August, a longtime aide of the Chinese Vice President was charged with bribery of over $71 million. Some of the financial firms having ties to Qishan are also being scrutinized.

Chen Feng, the chairman of finance conglomerate HNA and a former aide to Wang Qishan, was recently detained over suspicions of having committed some criminal offences. Even the loans given by the China Construction Bank to HNA are now being scrutinised.

The focus of Xi’s crackdown in the financial sector is mainly on the China Construction Bank in which Wang Qishan enjoys a lot of influence. However, some other big financial institutions like the bank owned by the China Everbright Group and Agricultural Bank of China Ltd., are also on Xi’s radar.

While the financial institutions and their executives are being targeted, Xi’s real target is Wang Qishan. By targeting Wang Qishan’s men, Xi is trying to weaken his own deputy.

Xi is an insecure man. And his ongoing crackdown isn’t really an exception. Since his early days in power, Xi has been launching anti-corruption probes on serving and former CCP officials. By cracking down on officials and business entrepreneurs close to former Presidents Jiang Zemin and Hu Jintao, Xi has tried to downsize the influential ‘Shanghai faction’ in the CCP.

Also read: “Thou Shalt Not criticise Jinping,” CCP members get diktats about what to say and what not to

In fact, Xi is trying to consolidate his power in the CCP by all means. He is even promoting his topmost lieutenants to senior positions in the Communist Party’s armed wing- the Chinese People’s Liberation Army (PLA). Xi has recently appointed new commanders in the PLA theatre commands. He is also promoting his favourite men to topmost ranks of the People’s Liberation Army, Navy and Air Force.

As for the civilian establishment, Xi had a fallout with Chinese Premier Li Keqiang in the year 2016 itself. In 2018, Li won a second term as the Chinese Premier, but Xi reduced him into a rubber-stamp by stripping the Premier of all major duties.

However, Xi’s actions like cracking down on tech giants, fintech companies and edutech companies, have led to losses of billions of dollars. Moreover, by tightening financing rules in the real estate market, Xi Jinping has caused mayhem in the Chinese property market.

The Chinese President must therefore be facing popular discontent in his country. In any case, anti-establishment information rarely leaks out of China and if some such information is coming out, then it is actually suggestive of mounting anti-Jinping sentiment.

However, Xi Jinping is the CCP Secretary General and in China, you can’t really question the man at the helm of affairs. Still, Xi may have bitten more than he can swallow by targeting the Vice President himself. Wang Qishan is no ordinary official and if Xi has to crack down on him, it really shows that the Chinese President fears a coup attempt by his deputy. Purging Qishan won’t be easy for Xi, and therefore Xi’s end may be nearer than what we can imagine.