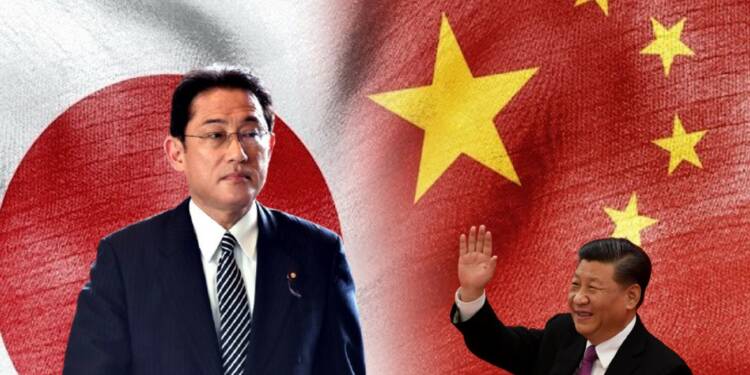 Chinese President Xi Jinping suddenly wants more Japanese citizens to work in China. And he is not inviting them just like that. The Chinese President thought he could hurt Japan and Japan would do nothing about it. However, Tokyo came up with a brutal economic offensive and turned pretty bellicose to push back against Chinese belligerence. So, a panicked Xi is down to begging Japan. He is literally pleading with Japan to be friends with China all over again.

Speaking before a national talent work conference in September, Xi said that China will “exhaust all means” to recruit intelligent and innovative professionals from around the world. He said, “China needs participation of global talent, while its development also provides opportunities for global talent.”

With his latest speech, Xi is reaffirming China’s same old strategy of importing talent from abroad, especially in terms of seeking the participation of Japanese scientists in the Chinese economy.

And Xi is rather desperate. He is not just looking to import Japanese talent, but he has also asked his administration to clear institutional and bureaucratic barriers so that the import of Japanese minds into the Communist country is not curtailed.

A layman might think that Xi Jinping has had a change of heart. Only till very recently, he was laying claim upon Japanese territory and now he is laying a red carpet for Japanese talent. Yet, Xi has started behaving only because his blood has run cold amidst signs of Japanese retaliation against Chinese hawkishness.

When Xi didn’t relent, Japan decided to punish him again. Japanese companies decided to expand their in-country operations in India and Vietnam, signalling a shift toward reducing reliance on China.

Read More: The second wave of Japan’s economic offensive against China is here. And it is brutal

And now, Japan is thriving on China’s economic misery. Prime Minister Fumio Kishida has made a bold move by announcing a massive 56 trillion yen ($490 billion) fiscal stimulus package, a part of which will be used to lure microchip manufacturers to the country.

On an immediate basis, Japan is all set to subsidise a new $7 billion chip factory in western Japan planned by the Taiwan Semiconductor Manufacturing Co. (TSMC) and Sony Group Corp. Japan is thus paying big money to chip companies for moving to Japan, which will further ravage China’s ailing chip industry.

Suppose you climb a tree to save yourself from a tiger, and find a leopard there, staring right into your eyes. Horrifying right? Well, this is exactly what happened with Xi. When Kishida came to power, Xi thought he will go soft on China.

But Kishida had different plans. Actually, some very different plans to be precise. From subtly warning China of a pre-emptive strike to pushing Japan closer towards becoming a nuclear power, and openly supporting Taiwan’s cause, Kishida has done everything that he could have done to rattle Xi Jinping. And he has managed to leave Xi Jinping begging for peace and business, over battles and wars.

Kishida’s message is loud and clear- if Xi wants a war, I will give him a war. If push comes to shove, Japan will destroy China’s economy and annihilate its military. So, don’t be surprised if Xi has suddenly started scouting Japanese talent. He is scared as hell, and he would do everything under the sun to placate an angry Japan.