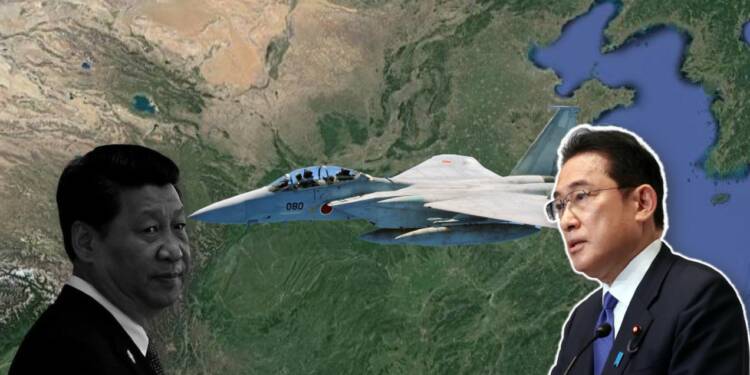 The world has known Japan as a pacifist nation for seven decades now. But if you take a cursory look into Japan today, there are no signs of pacifism, and you might just feel that here is a country preparing for a big war against a big enemy. And this is exactly what Japan is doing.

Japan is doing three big things with an eye on China-

Japan is finally moving ahead with its plan to upgrade its fleet of 98 Boeing F-15J fighters to the ‘Japanese Super Interceptor’ (JSI) standard. With this upgrade, the F-15 fighter jets will be loaded with a new electronic warfare system, new avionics, and new weapons.

This will complement the fifth-gen F-35 fighter aircrafts and bring the Japanese Air Self Defence Force (JASDF) in sync with a similar operational paradigm followed by the US Air Force.

With an upgraded radar system, the JASDF F-15JSI will be able to acquire new air-to-ground capabilities and show more vigour in maritime patrol and interdiction missions. The fighter aircrafts will also carry indigenous air-to-air missiles, the advanced AAM-4B.

So, if any Chinese vessels or military aircrafts intrude into Japanese waters or violate the Japanese airspace, the Japanese interceptors can immediately take down the incoming Chinese military machines. And this even makes Japan an ultra-powerful air force that can defend Taiwan from frequent Chinese airspace violations.

Japan has been empowering its defence forces in bits and pieces for quite some time. In fact, Japan has been looking to arm itself with nuclear submarines and is also believed to have a damn-strong “bomb in the basement”. If push comes to shove, Japan can turn nuclear and give China its worst possible nightmare.

However, Japan has traditionally maintained a 1 percent psychological barrier. As an unwritten rule, Tokyo never spent over and above 1 percent of its GDP on its armed forces.

Now, with so many new technologies like unmanned platforms, hypersonic missiles and air defence systems, there is only so much that you can do in 1 percent of the GDP. So, Japan decided- to hell with psychological barriers, we will spend as much as it takes to take down the Chinese military.

On Friday, the country approved a record defence budget of $47.2 billion and breached the 1% ceiling on military spending. And with an increased budget, Japan is literally getting into all dimensions of warfare, be it space activity, cybersecurity, or acquisition of a dozen F-35s.

According to Kyodo News, Japanese government sources say that Japanese self-defence forces and the US military have agreed on a joint operation plan to set up an attack base along the Nansei island chain in Japan’s southwest, in the event of a Taiwan contingency.

The US Marines will set up a temporary attack base on the Nansei Islands. If a Taiwan contingency appears imminent and China does something stupid in the region, the Japanese self-defence forces will help the US military to send troops on the islands.

Japan and the US have thus made it final- if China actualises its outrageous plan to invade Taiwan, the US Marines will beat the Chinese PLA troops black and blue, effectively terminating China’s Taiwan dreams.

Japan is therefore leaving no stone unturned. It has realised that it has to fight China sooner or later, and it is preparing for it on a war-footing. Japan is going the Shinzo Abe way and is not waiting for any support from the US or any other country. Japan is becoming a bigger military force with every bold move that it is making. Japanese pacifism has ended dramatically, and this is some really bad news for the CCP.

If the Tories wish to survive, they need to think beyond Boris