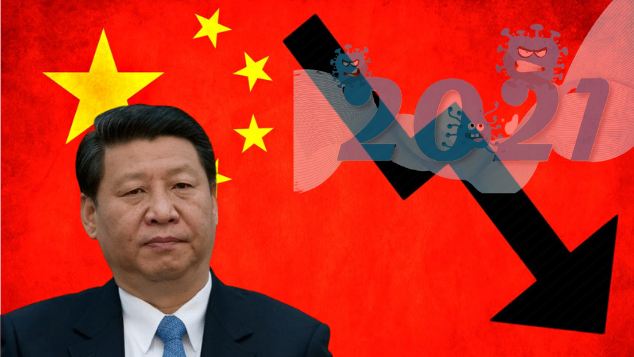 What all happened in 2021? Well, a lot. Donald Trump left the White House. Joe Biden entered it and began attacking the American way of life. China received a ray of hope. Donald Trump had made life miserable for China since 2016. With Joe Biden placed in office, China thought it would get things under control and that it would be business as usual. China knew 2020 had been a bloodbath for it. But up until 2021 struck, China had hope. It thought it could tide over its economic crisis. 2021, however, brought with it a massacre of unimaginable proportions for China.

A lot has happened. 2020 was that nightmare for China which it thought it could overcome. 2021 has dashed all such hopes. The most burning issue right now, which China finds itself in the centre of, is that of the Beijing Olympics. Of course, China also has to deal with repeated bouts of energy and food crises, but you know about that all too well.

Given China’s human rights record, its blatant disregard for international rules and its increasing aggression across the Indo Pacific, one country after the other is announcing a diplomatic boycott of the Beijing Winter Olympics, scheduled to be held in February. The United States, United Kingdom, Canada, Australia and Japan have announced such boycotts. Most recently, Germany has joined the kitty as well.

Essentially, China is facing intense stress on the diplomatic front, whether it be for its treatment of Uighur Muslims in Xinjiang, its aggression against Taiwan or its overall belligerence across the Indo Pacific.

China is not used to facing such diplomatic heat, but 2021 has been a year when China has gotten burned due to the same.

The Chinese vaccines failed like no other jab around the world. Countries that vaccinated their populations using Sinovac suddenly found that emerging variants could pass by the meagre protection offered by these jabs like solute and solvent particles interact with each other during osmosis through a semi-permeable membrane.

Foreign companies began packing up from China in 2021. Frequent lockdowns, anti-business policies, a repressive political regime and a collapsing economy made the perfect recipe for companies from around the world to begin winding up significant operations in China. Apple, Samsung, Tesla, LG, Nike, Adidas and many others are all dumping China steadily.

The Covid-19 outbreaks in Chinese cities like Xi’an, meanwhile, threaten the stability of microchip supply chains around the world, which is why such companies will soon exit China as well.

China’s real estate crisis is magnificent. Real estate developers in China are debt-ridden. They simply cannot pay off their debts, which in turn is making Chinese banks vehicles of massive non-performing assets (NPAs). So, Chinese banks are beginning to go bankrupt, leading to their collapse. Now, with the fall of Evergrande, the market sentiment turned extremely hostile in China, leading to investors fleeing for their lives. Additionally, a massive wall of bond maturities began striking real estate developers which they defaulted on.

Now, they are resorting to extorting people, freezing new hirings and not paying salaries to government employees. People have stopped buying properties in China, and such sales were, until recently, a big source of revenue for local governments. This is why local governments have gone bankrupt.

Next, we talk about China’s debt-trap diplomacy. Xi Jinping’s flagship Belt and Road Initiative, or BRI, is nothing more than a neo-colonial tool for debt-trapping poor and developing nations around the world. Central Asian, African, Middle Eastern and the Mekong basin countries have been China’s prime focus. But Xi Jinping has failed on all fronts.

While Central Asian nations have roped in Russia and India to help them tide over Chinese debt-traps and make the red rogue nation submit to such countries’ terms, in Africa, the CCP and its colonising forces are being chased out using violence. African countries are sick of China. They are refusing to pay back their debts, while also not allowing Beijing to take over their strategic assets.

Read more: 2021 was a horrific year for Chinese tech companies and 2022 is not going to get any better

China’s economy is in a mess. The real estate crisis, Xi Jinping’s anti-market policies, his crackdown on big businesses like the Tech and EduTech sectors have all coalesced into a recipe of disaster for the Chinese Communist Party. How much do you think the tech sector of China lost in trying to dodge the many bullets being fired towards it by Xi Jinping and his agencies? $800 billion. China’s largest companies – which were major drivers of the country’s economy, have lost close to $1 trillion in terms of market capital over the past year.

Personally, Xi Jinping is standing on a cliff. One wrong step and the CCP will push him over. His career, and perhaps, even life, will come to a grinding halt. In 2021, Xi Jinping has antagonised his party members, the people of China and the world at large. Having so many enemies while entering another uncertain year is certainly not going to do Jinping and China any good.