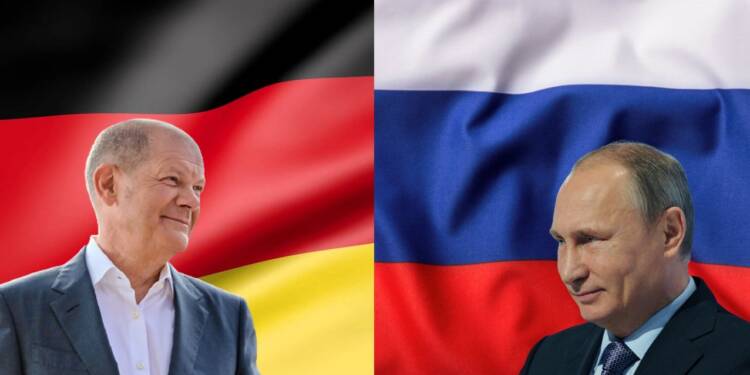 India, Russia’s decades’ old friend, is all set to emerge as the venue for a broad rapprochement between Moscow and the West. This is a part of evolving geopolitics to isolate China. In fact, German military leadership is already explaining why it needs Russia. There are some small reasons and one big driving factor behind Berlin’s resolve to embrace Moscow- the desire to stop China.

In some rather significant remarks, Germany Navy chief Vice Admiral Kay-Achim Schonbach has publicly slammed China for its belligerent behaviour.

Vice Admiral Schonbach said, “When we’re talking about systemic rivalry or peer competitor…it’s very optimistic. I’m not scared to say how China acts, acts like an enemy to many countries [tho] not probably to ours…first step is that we…accept what China is really doing.” This was probably an acknowledgement of the ongoing border tensions between New Delhi and Beijing.

Continuing his unusually strong remarks against Beijing, the Navy chief said that “China is giving money whether to dictators, to killers, to criminals. It doesn’t matter — as long as they give their resources to China.”

This is actually the main news. In what was nothing short of an unbelievable event, Vice Admiral Schonbach has batted for including Russian President Vladimir Putin in the battle against China and has also talked about giving him the “respect” that he wants.

The German Navy chief added, “We need Russia because we need Russia against China…From my perspective, I’m a very radical Roman Catholic. I’m believing in God & I believe in Christianity. & there we have a Christian country; even Putin, he’s an atheist but it doesn’t matter.”

And you know what, the German Navy chief is saying all this amidst the ongoing Russia-Ukraine tensions. In fact, he did talk about Ukraine too. The Vice-Admiral said, “Russia threatens its neighbours with military force to prevent them leaving the Russian sphere of influence.”

During Questions & Answers, he said, “Putin is probably putting pressure on [Ukraine] because he can do it,” to split Europe and earn respect. He explained, “What [Putin] really wants is respect…and, my God, giving someone respect is low cost, even no cost. So if I was asked…it is easy to even give him the respect he really demands and probably also deserves.”

"What [Putin] really wants is respect…and, my God, giving someone respect is low cost, even no cost. So if I was asked…it is easy to even give him the respect he really demands and probably also deserves"

Why is Germany suddenly praising Russia?

A German service chief has showered praise on Russia and this really reflects the sentiment of Berlin. And it is no surprise that Germany has extended a friendly hand towards Russia from Indian soil. After all, India is a unique power that enjoys incredibly good relations with both the West and Moscow. So, New Delhi is in the middle of an evolving understanding between Germany and Russia.

In fact, recently German Economics Minister Robert Habeck expressed a wish to engage Russia economically by cooperating with the country in the renewable energy sector to help de-escalate tensions over Ukraine. Germany really wants to bury the hatchet.

But the question is why is Germany suddenly praising Putin? We mean former German Chancellor Angela Merkel used to talk of sanctions against Russia all the time. Well, there are two reasons-

Firstly, Germany is dependent on Russia for gas supplies and doesn’t want to irk Moscow. Even Merkel couldn’t dare to give up on the Nord Stream 2 gas pipeline project for sourcing gas from Russia.

Read more: From LGBT rights to Nord Stream 2: Biden and Merkel are leading a colour revolution against ‘nationalist’ Poland

And secondly, Germany realises that it needs Putin to contain China. The present coalition government in Germany is ideologically hawkish against China and wants new friends to take on Beijing. Germany is now trying to play into the fault lines in the Sino-Russia relationship like growing competition for Central Asia and Eastern Europe, as well as an evolving fight for the Arctic.

In fact, German military leadership is openly speaking up against Beijing. Vice Admiral Schonbach recently described the German Navy’s Bayern frigate’s dispatch to the South China Sea as a ‘signal’ to Beijing.

This is something that was unimaginable in the Merkel era. And the German Navy chief taking Russia’s side to address the elephant in the room called China is something that no one could have even thought of when Merkel was in power. Yet, this is happening. Germany is taking down China and is trying to befriend Russia in the process.