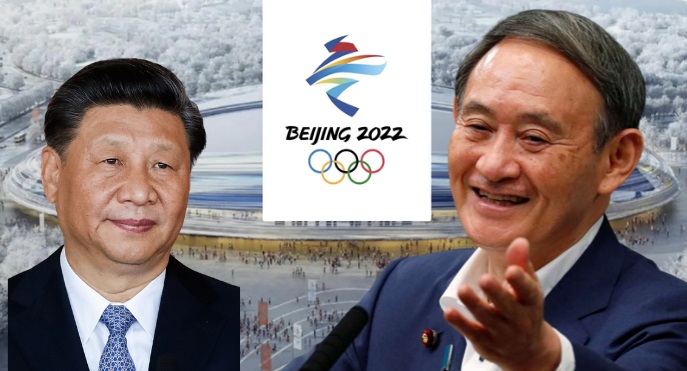 It seemed as if China had its way all over again. Despite all the outcry against Chinese human rights abuses, Beijing would be able to host a grand show at the Winter Olympics anyway. And once again, the free world would have fallen short of punishing China.

But is there a twist in the tale, with the Japanese Parliament’s strongly-worded resolution against Chinese human rights violations? Let’s find out.

Japan’s Parliament passed a resolution on Tuesday regarding the “serious human rights situation” in China. It also called upon Prime Minister Fumio Kishida’s government to take steps to relieve the situation.

So, right ahead of the Beijing Winter Olympics, Japan suddenly decided to take a harsh view on the issue. The resolution doesn’t use the word “China” but it does talk about internment and violation of religious freedoms in Xinjiang, Tibet and Hong Kong. So, what Japan wants to say is pretty clear and its target is also decipherable.

Interestingly, Japan has also made it clear that human rights abuses are not an internal thing. The resolution stated, “Human rights issues cannot just be domestic issues, because human rights hold universal values and are a rightful matter of concern for the international community.”

It added, “This chamber recognises changes to the status quo with force, which are symbolised by the serious human rights situation, as a threat to the international community.”

Read More: One difference between the 2008 and 2022 Beijing Olympics that is making Jinping super-jittery

Is that Japan’s ‘technical hold’ on Beijing Winter Olympics?

So, why is Japan suddenly criticising Chinese human rights violations? Japanese PM Fumio Kishida has taken steps in the past to address the issue and even appointed former Defence Minister Gen Nakatani as his aide on human rights.

In December last year, Tokyo also announced that it won’t send a government delegation to the Beijing Winter Olympics, which was in line with the diplomatic boycott of the event by many other countries.

Read more: Beijing 2022 is turning into Berlin 1936 and the world is shamefully allowing it

But now Japan is quite clearly saying that if China is running internment camps, orchestrating genocides of ethnic minorities and promoting forced labour in utter disregard of universal human values, then it is a “threat to the international community.”

There are no ifs and buts in what Japan is saying. There is no scope for cooperation in Tokyo’s language. And the fact that it is saying this a few days ahead of the Beijing Winter Olympics poses some tough questions.

Will the world allow a murderous regime like the Chinese Communist Party (CCP) to organise a grand show just ahead of the Winter Olympics? Also, if China’s inhuman actions are really a matter of international concern, should the free world countries actually represent themselves through their athletes in such a country?

China’s Winter Olympics dream is quite close to realisation. But it can come crashing down if a power like Japan decides to withdraw just days ahead of the big event. If Japan decides to choose human rights over Beijing Olympics, the so-called champions of human rights in the West will have to follow suit.

The EU with its Convention of Human Rights and a carefully crafted image as a protector of human rights will have to withdraw. And the next thing you know, other liberal regimes like the US, the UK, New Zealand and Canada are also withdrawing from the Winter Olympics. You can imagine a domino effect of sorts because that is exactly what a single act of opposition can do.

If Xi Jinping was thinking that he had everything sorted, he is in for a rude shock. Japan’s latest resolution won’t let him sleep peacefully until he is able to declare the Beijing Winter Olympics open.