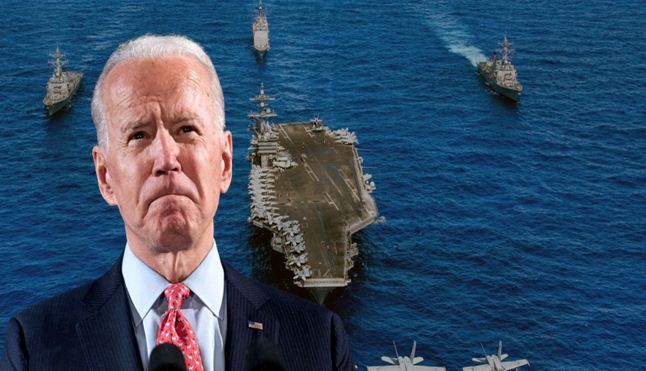 US President Joe Biden’s administration has released a new Indo-Pacific strategy. And it simply gives away Southeast Asia- the core of the Indo-Pacific to China.

In fact, it seems that the US has given up on its main allies in the region, which includes Vietnam, Singapore and Indonesia.

Biden’s Indo-Pacific strategy seems to have got its priorities wrong.

Let’s focus on the keywords and decide how Biden’s Indo-Pacific strategy fares.

There are three key takeaways based on mentions per 1,000 words in the new Indo-Pacific strategy:

How does Biden's Indo-Pacific Strategy compare with that of the Trump administration?

I used keyword frequencies to get the broad strokes:
* Much more explicit focus on China, both Koreas
* Some more focus on Taiwan
* Most other countries not mentioned nearly as often by name pic.twitter.com/3frg1LdBEY

You may focus on Korea. You may even call China a threat explicitly. But here, the real deal resides on how you cooperate with key ASEAN power to outplay China in the South China Sea. Trump understood that but Biden is acting naive.

Why Singapore, Vietnam and Indonesia are important?

Let’s start with Vietnam. This country is the most willing to give China a bloody nose in the South China Sea region.

When Trump was the US President, the Quad countries were backing Vietnam with all their might by selling weapons to Hanoi and also through cooperation agreements.

The Quad bestowed Vietnam with money and muscle so that Hanoi can outstrip the Middle Kingdom in the South China Sea. Vietnam itself has a history of acrimony against China. In 1979, China was thrashed by the Vietnamese military, foiling Beijing’s treacherous plans of invading Vietnam.

Singapore and Indonesia were also getting their due. Indonesia is not a South China Sea claimant. But the exclusive economic zone (EEZ) of its Natuna Islands falls within Beijing’s so-called “nine-dash” line. So, Indonesia demanded partners for handling China. During the Trump administration, it was winning ample support from the US, India and Japan.

Similarly, Singapore has its concerns against China too. They are concerned about the effects of the Chinese economic crisis spilling over into the Singaporean economy.

Singapore is also concerned about China’s attempts to interfere in its internal affairs as China often attempts to provoke pro-China sentiment amongst the ethnic Chinese community in the Southeast Asian nation.

China to benefit out of Biden’s ignorance of Southeast Asia

The Biden administration is already surpassed one year at the oval office. It no longer has the benefit of suggesting that it is a new administration in its formative years.

In fact, Biden is yet to make a comprehensive plan for Southeast Asia. The only worthwhile engagement between the US and Southeast Asia over the past year has been the grim visit taken by Kamala Harris to Vietnam and Singapore.

And even that visit seemed to signal the Biden administration’s plans to go soft on China. Kamala had said,  “We welcome stiff competition, we do not seek conflict, but on issues such as the South China Sea, we are going to speak up.”

Kamala’s signal to Southeast Asia was clear. We are not ready to get into a conflict with the CCP. If Chinese vessels harass you, take it on your sleeve.

In fact, China was found to be actively involved in the region and managed to sabotage Southeast Asia. And on top of the recent diplomatic setback, Biden has abandoned its Southeast Asian allies completely.

Now, China can actually lure in Southeast Asian nations. It can say that the US has sidelined you anyway, so let’s bury the hatchet and bolster our trade ties. Biden has created a power vacuum for China to exploit and cruise towards its goal of establishing sheer hegemony in the South China Sea domain.