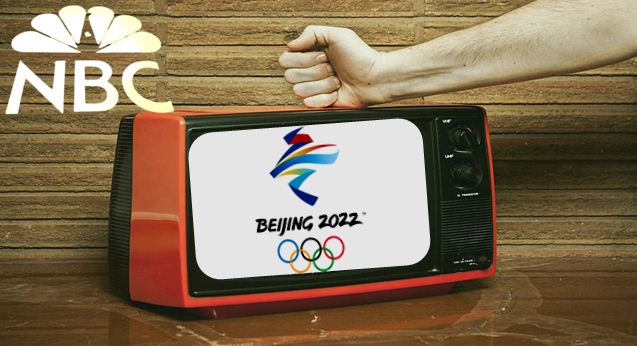 What If people don’t watch an event? The sponsors, Of course, their money goes down the drain. But they are not the direct sufferers.

So, who is the main sufferer? Well, the broadcaster. A broadcaster pays a fortune to get broadcasting rights. But what if people don’t want to tune in? Your viewership ratings stay low and you fail to rope in more sponsors and more money. This is what happened with NBC during the Beijing Winter Olympics.

NBC had paid a whopping $7.75 billion in 2014 to secure American media rights for broadcasting the Olympics through 2032. It made sense. I mean who doesn’t watch the Olympics? And if you pay billions of dollars to win broadcasting rights for multiple editions of the event, it isn’t a bad business deal. Right?

But who knew that the 2022 Winter Olympics in Beijing would be held in the shadow of blatant human rights violations by the CCP. In 2014, not many knew that the world would be talking about China’s genocide against ethnic minorities like Uyghur Muslims and Tibetan Buddhists. Anyhow, by the close of the Beijing Winter Olympics, NBC would have realised the perils of broadcasting the Games from China.

After a dismal Opening Ceremony, the viewership ratings never really picked up in the US. Even in prime-time, the average rating stood at 12.2 million across NBC, Cable or the Peacock streaming service. By contrast, the average for NBC alone was 10 million during the 2018 South Korea Winter Olympics. This is a huge drop of 47 per cent and is enough to put any broadcaster in a tizzy.

How much has NBC lost?

NBC is yet to reveal if the Beijing Olympics were a profitable venture or a loss-making episode.

But latest reactions by experts suggest that it wasn’t lucrative as it appears to be. Andrew Billings, an expert in sports communications, said, “Given the investment, they’ve got to be disappointed right now.”

An unnamed expert connected closely to the Olympics and television has been quoted by Huffpost as saying that for NBC, “this feels like a particularly vulnerable moment.”

We don’t know the quantum of losses that NBC may have suffered. But we do know that NBC has faced a huge loss in viewership, which no broadcaster would want to face. So, the Games were indeed a letdown for the channel

It tells broadcasters and sponsors that you cannot associate yourself with the murderous Chinese regime and still make profits. People simply don’t buy the notion of sports remains sports irrespective of politics, especially when China itself was found politicizing the Olympics.

So, don’t be surprised if all sponsors, investors and broadcasters start blacklisting China very soon when it comes to international sports events.