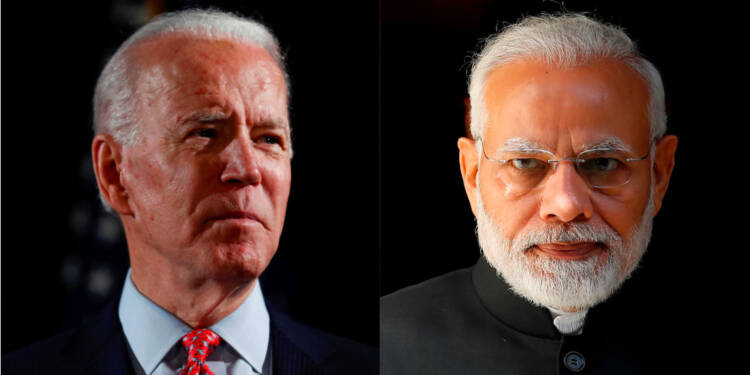 Ever since he became the President of the United States, Joe Biden has undertaken major policy decisions – domestic and foreign. In his first major foreign policy speech, Biden did not name India, South China Sea, Indo-Pacific or even the Quad. Is the US about to snub one of its most important allies?

Until just a month ago, Quad member countries such as India, Japan and Australia, were considered pillars of US foreign policy. But in his first foreign policy speech, Biden has already hinted at making major changes in the Indo-Pacific policy.

Under Biden’s foreign policy, India may not retain the place that was accorded to it at the time of the Trump administration. After becoming the President, Biden has not even interacted with the Indian Prime Minister Narendra Modi so far.

During Trump’s reign, the US saw China as the biggest threat, which led the Trump government to work on a strategy to deal with the Chinese threat. With help from India and the Quad nations, and it was fairly successful, but now it seems that the US policy could see a big U-turn.

The Biden administration has also taken forward the idea of sanctioning India for buying weapons from Russia. Don Heflin, head of the US embassy in India said, “No special provision has been made to exempt India from US sanctions for S-400, but we would like to ask our colleagues and partners to refrain from advancing any military agreement with Russia as they can be banned under the CAATSA law passed by our Congress after doing so.”

However, India doesn’t need to panic about it. Like Europe or other traditional American allies, India has never depended on the US for its security. Even at the time of the Trump administration, India pursued its foreign policy with independence and it will continue to do so by keeping its interest ahead.

This was also evident when India along with Japan and France firmly supported the Indo-Pacific strategy against China. The strategy has acquired increasing popularity within the region’s democratic nations and around the world.

The move was a foresight as it was believed that a weakened US policy on China under Biden would be detrimental to all the efforts made to keep a check on China’s rising belligerence.

The snub in Biden’s foreign policy speech should not come as a setback to India. The world recognises the threat China poses and India should be ready to lead the way, especially in the Indo-Pacific where China’s animosity poses the greatest threat to world peace.