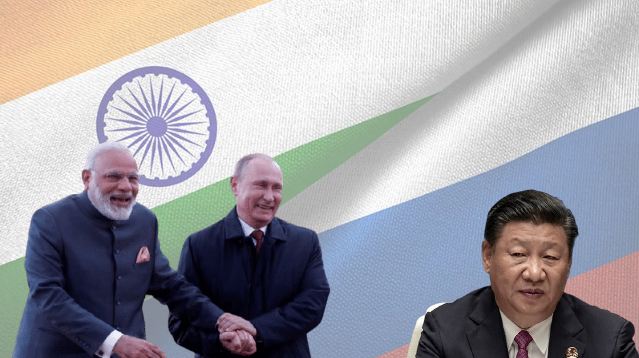 Last week, India’s Prime Minister Narendra Modi grabbed Xi Jinping by his devilish horns, and took the despotic Chinese ruler for a ride, leaving the CCP General Secretary floundering for a substantial defence. This was done at the BRICS summit. Now, Prime Minister Modi has landed a hurtful punch on Jinping’s face once again, this time at the Shanghai Cooperation Organisation (SCO) summit hosted by Tajikistan at Dushanbe. We all know how China has courted international anger for its purported involvement in the Coronavirus outbreak, following which the very first cases of Covid-19 were reported out of the city of Wuhan. Ever since, China has found itself isolated and in dearth of countries willing to get entangled with Beijing.

China’s woes only exacerbated on Friday, as Prime Minister Modi took to subtly telling countries about the shoddy nature of Beijing’s infrastructure development projects like the Belt and Road Initiative (BRI). Addressing the SCO summit virtually, in the presence of Chinese President Xi Jinping, Pakistani Prime Minister Imran Khan and other leaders from the SCO member countries, Prime Minister Modi declared, “No connectivity initiative can be a one-way project.”

The Indian Prime Minister added, “To ensure mutual trust, connectivity projects should be consultative, transparent and participatory. There should be respect for the territorial integrity of all countries.” Prime Minister Modi, after having exposed China’s BRI for the exploitative and neo-colonial project that it is, said that India is completely dedicated towards enhancing its connectivity with Central Asia. He said, “We believe that landlocked Central Asian countries can benefit immensely by connecting with India’s vast market.”

For Prime Minister Modi to make it clear that all connectivity and infrastructure projects should respect the territorial integrity of host nations is indeed a tight slap on China’s face. It must be remembered that China’s flagship BRI also entails the China-Pakistan Economic Corridor, also called the CPEC, which is a project directly infringing India’s territorial sovereignty in Pakistan Occupied Kashmir and Gilgit-Baltistan. Of course, CPEC has run into a host of troubles itself, but China’s motives of eating away neighbouring countries’ territories are hardly unknown.

Prime Minister Modi also flagged Islamic radicalisation as the biggest challenge to peace, security and trust deficit in the region.

The increased interdependency between India and Russia will be a blow to Chinese ambitions as Russia seeks a way out of its unfortunate Chinese trade dependency. In fact, as reported by TFI, Russia actually made a big move to undercut the influence of the China-led SCO summit this time around. Russia held the Collective Security Treaty Organization (CSTO), meeting on September 15 and 16 at Dushanbe, almost simultaneously as the SCO summit, which was held on September 16 and 17.

The CSTO is the Russian equivalent of NATO. By organisation the CSTO meet just prior to the SCO summit, Russia actually coalesced a group of anti-China forces against the China-Taliban nexus, and reinforced its dominance over Central Asia.

Furthermore, in a stern dressing down for China, Russian President Vladimir Putin, while addressing the SCO summit said that the body needs a commonly agreed stance over Afghanistan, in the backdrop of the Taliban running over the war-torn country. This is pretty much a takedown of China, which has gone head over heels for the Taliban. Putin also subtly said that the Taliban is not the sole stakeholder of Afghanistan. He called on SCO to provide all required assistance for the initiation of an inclusive intra-Afghan peace process and at the “same time to do everything to block the threats of terrorism, drug trafficking, religious extremism emanating from this country.”

Modi and Putin Take on China at BRICS

Prime Minister Modi, who has been at the forefront of taking on China for over a year now, added, “If this is done, it will reduce the questions over WHO’s credibility and we would be able to prepare better for future pandemics as well.”

Like Prime Minister Modi, Vladimir Putin also took a dig at China during the BRICS summit last week. Addressing the 15th anniversary of BRICS virtually, the Russian President said, “We are all for Afghans living in peace.” He added, “We have to ensure non-interference into the internal affairs and respect their sovereignty.” The Taliban and China are in bed together, and as such, Beijing will most definitely meddle with Afghanistan’s internal affairs and infringe upon its sovereignty. By shooting off a warning against the same at the BRICS summit, Putin made his displeasure with the China-Taliban nexus known to Xi Jinping.

China is trying to increasingly establish itself as the hegemon of Central Asia, a region traditionally seen as Russia’s backyard – courtesy of the fact that all Central Asia nations were once a part of the erstwhile Soviet Union. Prime Minister Modi reminding SCO member nations that India is looking to boost its ties with Central Asia, and connecting the nations therein to Indian markets, apart from Moscow organising the CSTO meet alongside the SCO summit will surely be seen by Beijing as a challenge to BRI.

Make no mistake, by now, almost every country has realised what BRI actually is. It is a tool of expansionism being wielded by the CCP. And India’s Prime Minister has begun a mission of reinforcing such beliefs at the international stage, thus leaving China red-faced.

Meanwhile, India and Russia are together working on the International North-South Corridor, which is a multi-mode network of ship, rail, and road routes for transporting goods between India, Iran, Afghanistan, Azerbaijan, Russia, Central Asia, and Europe. The objective of the corridor is to increase trade connectivity between major cities such as Mumbai, Moscow, Tehran, Baku, Bandar Abbas, Astrakhan, Bandar Anzali, etc. The INSTC is a formidable challenger to China’s BRI.

The transit route will help in bringing down trade costs and time which will enable India to cement its position in the Middle East and Central Asia. INSTC will also help Russia consolidate its position in Central Asia. A study to identify the bottlenecks in the transit route showed transport costs were reduced by “$2,500 per 15 tons of cargo”. Late last year, Uzbekistan gave its “in principle concurrence” to joining the INSTC, in what was seen as a geopolitical coup by India against China.

India and Russia are upping the ante against China on international forums, and Xi Jinping is getting embarrassed on a regular basis now. Yet, there is nothing he can do to save himself the humiliation, since China has worked rather hard to earn the world’s ire.