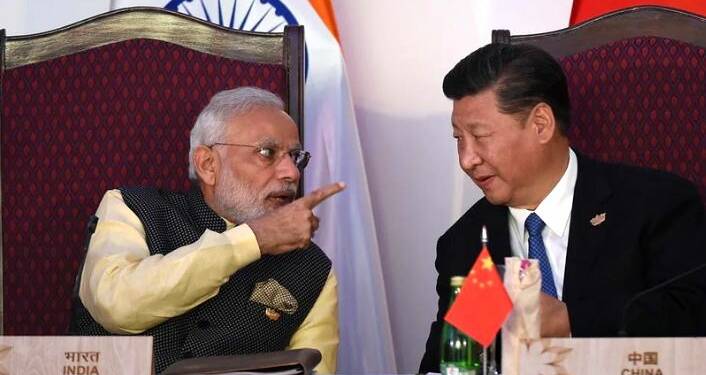 Last week, India’s Prime Minister Narendra Modi grabbed Xi Jinping by his devilish horns, and took the despotic Chinese ruler for a ride, leaving the CCP General Secretary floundering for a substantial defence. We all know how China has courted international anger for its purported involvement in the outbreak of Coronavirus, following which the very first cases of Covid-19 were reported out of the city of Wuhan. Ever since, China has been punishing all nations who voice support for an open and independent investigation into the origins of the novel Coronavirus. It has been using trade tariffs, wolf warrior diplomacy and military aggression against countries who it thinks will expose its criminality before the world.

The Indian Prime Minister, who has been at the forefront of taking on China for over a year now, added, “If this is done, it will reduce the questions over WHO’s credibility and we would be able to prepare better for future pandemics as well.” Interestingly, this dressing down of Xi Jinping was done privately, and excerpts of the same were not released publicly, according to The Hindu. Needless to say, Jinping was left red-faced.

While Prime Minister Modi’s scathing indictment of China could not be clearer, the Chinese President, on his part, weighed his words very carefully in response. Jinping said, “We need to promote global solidarity against COVID-19, join forces to tackle the pandemic, uphold a science-based approach to tracing its origins, and oppose politicisation and stigmatisation.” After having played the subtle victim card, Jinping pacifyingly added, “We need to enhance coordination in COVID prevention and control, and boost the research, production and equitable distribution of vaccines as a global public good.”

Jinping spoke immediately after Prime Minister Modi. Usually, it is seen that Jinping and his diplomats go hostile in face of attacks, of the kind which Prime Minister Modi launched at the BRICS summit. However, Jinping was conciliatory in his approach. He avoided a direct clash with Prime MinisterModi, perhaps being aware of the fact that he would emerge terribly bruised out of it.

Read more: UNCLOS – PM Modi created such a fine trap for China that China had no option but to willingly walk into it

Even more interestingly, the CCP seems to have directed its foreign offices to not speak on the matter. The Chinese Embassy in New Delhi did not respond to a question by The Hindu on Prime Minister Modi’s intervention and China’s response. Beijing is taking very calculated steps, and by its approach, it seems it is going out of its way to avoid a diplomatic spat with New Delhi.

India and China have grown from being rivals to enemies. The Modi government, with the outbreak of Covid-19, realised that China and its Communist regime were up to no good. By early 2020, China had begun flexing its muscles along the Indo-Tibetan border. This was reason enough for the Modi government to bring down the hammer on Chinese interests in India. Relations between China and India have now grown sour beyond rapprochement.

With the Galwan valley clash of June last year, in which 20 Indian soldiers were martyred fighting off Chinese little emperors, India had waged a lethal anti-China economic campaign, beginning with the banning of all major Chinese apps in the country. Then, China’s interests in telecom, education, and other sectors were targeted.

The Modi government had even taken a massive step in March last year itself, when it decided to place smartphones in the 18% GST slab, thus tremendously hurting Chinese companies’ fortunes in India.

Modi has Jinping’s Nerves in his Hands

Prime Minister Modi has rattled Xi Jinping. In July, Prime Minister Narendra Modi and his ministers publicly wished the Dalai Lama a happy birthday. The 14th Dalai Lama – who has taken refuge in India is considered a ‘separatist’ by China. Soon after, Jinping undertook a visit to Tibet – the first of its kind since he took over as the Chinese President. Modi extending public birthday greetings to a man who openly calls for Tibet’s freedom really rattled China, and Jinping realised that the Indian Prime Minister must not be antagonised if China wishes to continue having a peaceful hold over Tibet.

To counter China on the Himalayan border, an aggressive India under Prime Minister Narendra Modi is gearing up to build four new airports and 37 helipads across the Union Territory of Ladakh – which is currently a hotspot of military tensions between India and China.

So, Xi Jinping is obviously scared. His wimp-like People’s Liberation Army has been thrashed by Indian soldiers throughout 2020. As such, Jinping wants to take no chances with India. Prime Minister Modi has effectively tamed a rabid Xi Jinping.