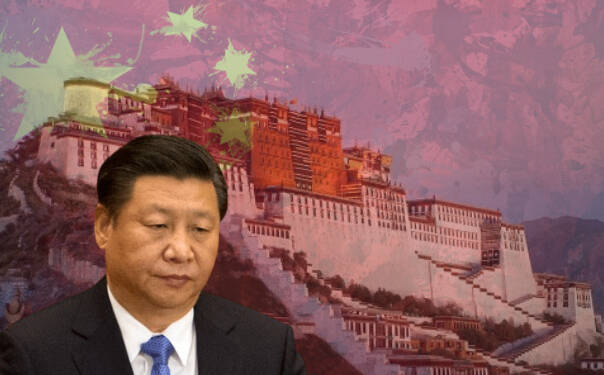 According to the Hindustan Times, the law mandates that the PLA works closely with civilians staying in border areas (for example, Tibetan villagers living along the border with India, Bhutan and Nepal), and use them as China’s first line of defence. Essentially, China now wants all countries it shares border disputes with, to simply suck it up, and abide by the Chinese laws.

Unfortunately for Xi Jinping, India is not a country that will give in to China’s high-handedness.

What Does the Law Say?

The law says that the state “…shall take measures to safeguard territorial integrity and land boundaries and guard against and combat any act that undermines territorial sovereignty and land boundaries.” The law stipulates that the state shall take measures to “…strengthen border defence, support economic and social development as well as opening-up in border areas, improve public services and infrastructure in such areas, encourage and support people’s life and work there, and promote coordination between border defence and social, economic development in border areas”.

Why China’s Plans Are Going to Backfire

The PLA had earlier this year begun a desperate lookout for Tibetans to serve China as soldiers. Essentially, the CCP was working out a mechanism where Tibetans help the Chinese state in colonising Tibet, which is already a victim of illegal Chinese occupation.

However, this effort has proven to be a disaster like no other. According to a report by Times Now, despite China’s all-out effort to recruit Tibetans in the People’s Liberation Army and para-military outfits, the response from Tibetans has been tepid. This, despite the strongarm tactics and efforts by the CCP to force monks to bless the recruits.

Tibetans have resoundingly slapped the CCP and its private militia force – the PLA in the face. Tibetans – who share a culture with India, have made it clear they have no interest in fighting on behalf of the PLA or for it. The PLA is known to commit the most horrifying of atrocities and human rights violations on Tibetans. As such, Tibetans do not want to be a part of the PLA’s sins and are instead choosing to reject the CCP’s moves in their land.

For several centuries now, India and Tibet have inextricably been tied to each other – and China has always envied the bond which these two great civilizations share. Buddhism – which originated out of India was quick to sweep across Tibet. Tibetans have a sense of respect for Indian culture, which is from where their faith originated.

China thinks that if it settles Tibetan civilians right at the border with India, they will serve as the Communist nation’s first line of defence. However, China is living in a Lalaland and is engaging in what is generally known as wishful thinking. Tibetans – having been brutalised for over 70 years now, and are looking up to India to help them reclaim their freedom.

So, by placing Tibetan civilians close to the Indian border – China is paving the way for Indian armed forces to gain crucial intel from Tibetans which would help the Indian Army in anti-PLA operations when the need arises.

The course called ‘Tibetology’ encompasses training of culture, language, history along with the Buddhist philosophy followed in Tibet. The Tibetology course is aimed towards making soldiers efficient in handling intelligence operations in Tibet, ultimately leading to better strategies for India.

India has special operations and a highly covert armed force called the Special Frontier Force (SFF), and it is aimed squarely at China. This force is comprised of Tibetans alone. So, it is evident that Tibetans are willing to fight alongside India to take on China, and not the other way round. The SFF was even pushed into action in August-September last year when the Indian Army took control of several strategic heights in Eastern Ladakh in what was termed as ‘Operation Snow Leopard’.

China is wrong in gauging the mood of ordinary Tibetans. They are hell-bent on gaining freedom from China, and by settling them near the border with India, China might have just dug its own grave.

Chuck Ross: Reporter at The Daily Caller and previous works