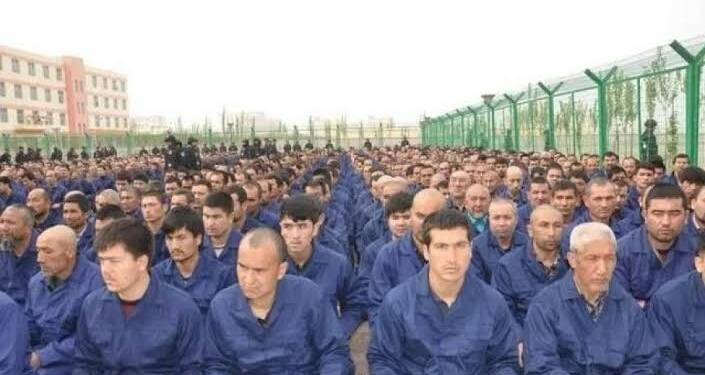 It is no secret that China has been employing Uyghur Muslims as forced labourers not just in Xinjiang, but is also shipping them off to other Chinese provinces against their will, where it keeps them in inhuman and prisoner-like conditions, with no freedom whatsoever to even step foot out of the factories or their places of work. Over the past three years, China has detained over a million ethnic Kazakh and Uyghur Muslims into what they claim are ‘internment camps’, but what in reality, bear an eerie resemblance to Nazi Germany’s concentration camps. Meanwhile, Muslim Uyghur women are also forced to sleep with CCP officials, mostly of Han descent, as China aims to execute an ethnic genocide in Xinjiang.

As it now turns out, the repression of Uyghur Muslims is not a random campaign launched by the CCP. In fact, it is meant to provide China with a continuous flow of cheap labour. The CCP understood that Chinese youth of Han descent were not willing to work under the 996 regime only to fuel the CCP’s growth. The 996-work regime involves working from 9 am to 9 pm, six days a week. It is inhumane and against all standard practices. So, in protest of this work culture, Chinese youth launched the “lying flat” campaign.

The “lying flat” (tangping) movement does not involve any sloganeering or active protest, rather it involves lying down and doing absolutely nothing. The “lying flat” movement was triggered by the rising insecurities in Chinese youth, who witnessed how older generations didn’t really head towards prosperity, well-being or satisfaction by following China’s “996” culture policy. According to local reports in China, the unemployment rate is rising and currently stands at 5.5 per cent. In the 16-24 age group, it is as high as 13.1 per cent.

For Chinese President Xi Jinping, the rising unemployment and lack of willingness in Chinese youth to work created signs of an impending workforce crisis. So, apart from cracking down on the movement itself, Jinping has also pooled in Uyghur Muslims from Xinjiang, who are forced to work at dirt cheap rates, with no day-offs and are held captive against their will.

According to an investigation by Radio Free Asia, a Chinese job-placement company transferred more than 3,000 Uyghur workers, including girls as young as 16, from the Xinjiang region to factories in other parts of China this year and plans to send thousands more in early 2022. The Uyghurs had been transferred in June to two locations in Nanjing, Jiangsu province, where they receive salaries of 2,000 yuan (U.S. $313) a month.

Interestingly, the company which provides for such Uyghur labour is paid a 600 yuan subsidy per worker. It is highly likely that this subsidy money is deducted from the monthly salaries of the Uyghur workers. According to an employee of the company which provides such workers, some of the Uyghur workers sent to Nanjing were transferred from the Chinese government’s network of what Beijing calls “re-education” camps in Xinjiang.

Read more: Defiling Mosques and punishing Muslims: What Mao did to Yunan in 1968 is now being replicated by Jinping in Xinjiang

It is pertinent to note that China makes use of Uyghur forced labour for the manufacturing and production of various products, like solar-panel material, wigs, electronics, tomatoes and cotton. Chinese authorities are forcing a demographic genocide on the Uyghur population with reports of forced sterilisation and abortions amongst Uyghur women. Then there are also reports of Uyghurs being used as commodities to power China’s booming organ-sales industry and the use of most modern tech equipment to ensure cent per cent surveillance of the Uyghur population.

China faces a crushing workforce crisis. Therefore, it is not shying away from using Uyghur Muslims as forced labour. China is reeling under an intense power crisis, a borderline food crisis and it also faces conflicts across several of its borders. And then, investors are fleeing China. Gigantic businesses are collapsing. Let’s just say, China’s once-bustling economy is has come to a grinding halt. In such a scenario, if China cannot resolve its worker shortages, it will effectively be curtains down for the Chinese economy.

The world community, however, must hold China accountable. Uyghur Muslims are being used as animals in Chinese industries. They have no rights; their salaries are close to non-existent and their human rights are violated on a daily basis. If the world community remains a mute spectator to such a genocide, it will also have to share the blame alongside China in the near future.