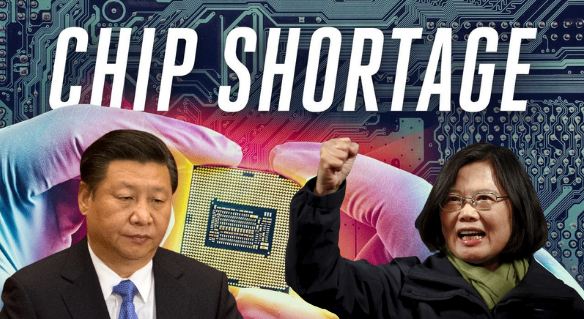 The threat of a Chinese invasion is real for Taiwan. China considers Taiwan an estranged province of itself, which remains out of its control and which must be dominated very soon. Taiwan is a free, democratic and sovereign country. In the past two years, Taiwan has made a name for itself around the world. Now, if China attempts to coerce Taiwan or invade it, the Communist nation might end up realising it just pressed on the self-destruct button. China has been violating Taiwan’s airspace with multiple packages of fighter aircraft at an unprecedented pace for quite some time now. These measures are taken to scare Taipei. However, Taiwan is only getting strengthened by China’s intimidation.

Over the past two years, China has tried every trick in its hat to intimidate Taiwan. Hilariously, it has failed to achieve its primal objective every time. Taiwan has learnt to deal with China. Taipei now turns every Chinese assault into an opportunity for itself. At the end of it all, China gets exposed for its aggression around the world, and Taiwan emerges as the beacon of democracy in a region that China wants to swallow whole.

Whether it be the constant threat of invasion, the airspace violations, vaccine blockades, international diplomacy aimed against Taipei or even China’s ban on Taiwanese pineapples and its lust to destroy Taiwan’s flourishing semiconductor industry – China has faced defeat on all counts, because Taiwan refuses to give up on its pragmatism and uses its democratic ethos and liberties to its advantage around the world. Ask yourself, would anyone – no matter how insane, dare support China over Taiwan? The answer is no because Taiwan has been successful in marketing itself as a free nation that deserves to remain sovereign.

Until recently, China was the major overseas destination of Taiwanese pineapples. 11% of the pineapple production in Taiwan was directed almost completely towards exports to China. And then, to punish Taiwan, Xi Jinping banned the imports of Taiwanese pineapples. So, did Taiwan retire to a corner and sulk? No, it took the challenge head-on and began exporting the fruit around the world, especially to Japan. The demand for Taiwanese pineapples, both domestically and globally soared, and Taipeitaught Beijing a resounding lesson.

Today, global semiconductor supply chains are centred around Taiwan, and China is reeling under an intense chip crisis. Meanwhile, Taiwan Semiconductor Manufacturing Corp. is expanding around the world. TSMC is opening a plant in Japan along with Sony. It is getting heavy incentives and subsidies from the Japanese government for setting a manufacturing base in the country. Similarly, hectic parleys are underway between India and Taiwan, and India hopes to secure a semiconductor manufacturing facility for itself soon. China is not being allowed to become a part of the microchip supply chains, and in the long term, this will be disastrous for the Communist nation.

Read more: In a final blow to China’s chip industry, Tokyo will pay big money to chip companies if they move to Japan

Taiwanese diplomacy is also witnessing one victory after the other. Taiwan is among the invited countries to a virtual summit on democracy which will be held next month by Joe Biden. China has not been invited to the same, and this is a mighty snub to Xi Jinping. Separately, it was reported recently that Lithuania decided to have a “Taiwanese Representative Office” in its capital city – Vilnius. With this move, Lithuania had become the first country in Europe to use the word ‘Taiwan’ in representative offices or de facto embassies opened by Taipei in capitals across the world.

In 2019, the Solomon Islands – which used to be Taiwan’s most populous ally in terms of countries that gave it full recognition – switched sides and established diplomatic ties with Beijing instead. Since then, PRC-linked enterprises and labour have flooded the Solomon Islands, dispersing cash where it is needed, buying influence, distorting local economies, and ushering in a more authoritarian attitude. Now, the Solomon Islands is on the verge of a civil war, as the people voice their support for Taiwan and begin a movement to kick China and its proxy government out of power.

In another disappointment for China, last month, the EU parliament passed a resolution in favour of Taiwan with a majority of 580 to 26 votes, urging the EU’s executive European Commission to “urgently begin an impact assessment, public consultation and scoping exercise on a bilateral investment agreement.”The lawmakers also demanded the commission to open a trade office in Taiwan through the non-binding resolution.

So, Taiwan has been scoring one victory after the other. Any other country would have perhaps submitted to its fate. Taiwan, however, is creating its fate, and Taipei submitting to Chinese will is not a part of Taiwan’s future. Taiwan is acting decisively against China and is ensuring that it turns all Chinese offences into opportunities for itself.