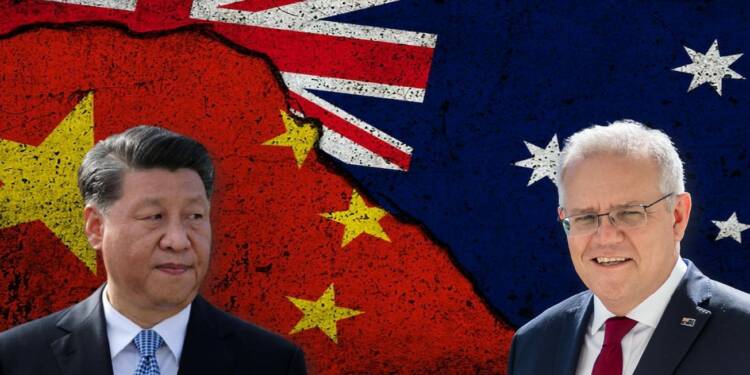 If diplomacy were a game of chess, Australia is about to checkmate China. Beijing has been sending feelers to Australia about normalising trade relations. The CCP would have thought that Canberra will quickly move to normalise trade ties. But Australia has come up with some conditions that are likely to make Chinese President Xi Jinping restless.

China’s new Ambassador to Australia Xiao Qian recently declared that he wanted to get diplomatic relations between Canberra and Beijing “back to the right track”.

Xiao said, “I see my ambassadorship as a noble mission and, more importantly, a great responsibility.”

The Chinese diplomat added, “I look forward to working with the Australian government and friends in all sectors to increase engagement and communication, enhance mutual understanding and trust, eliminate misunderstanding and suspicion, promote mutually beneficial exchanges and co-operation in all areas between the two sides, and jointly push the China-Australia relations back to the right track.”

Suddenly, China is shedding its wolf-warrior diplomacy and is resorting to soft language. Why? Well, Australia’s restrictions like curtailment of Chinese investment and ban on Huawei has hurt Beijing.

Also, Australia has been working on initiatives to throw China out of global supply chains with actions like an alliance with South Korea in battery manufacturing. With 25% of the world’s known lithium reserves and 20% of nickel and cobalt reserves, Australia is looking to cut the supply of raw materials for China’s booming EV industry.

Australia can help China but….

Canberra understands that it has caught China in an awkward, uncomfortable position. And Australia is making it even more awkward for Chinese President Xi Jinping.

Australia’s Deputy Prime Minister Barnaby Joyce said that China will have to drop trade sanctions on $20 billion of Australian exports for relations to return to normal.

And just not this. Joyce has demanded Chinese concessions on three sensitive issues-

Read more: ‘Where is Peng Shuai?’ The Scott Morrison effect on Tennis Australia is already visible

Joyce said, “Yes, I want there to be peace. But I’ll do it with eyes wide open and making sure there’s a harmonious relationship, but not in the frame of naivete.”

What does Australia’s demand mean for Xi Jinping?

Think like Xi Jinping for a moment. You are desperately looking for a third term in power. You had actually removed term limits a few years ago to pave way for a lifetime Presidency. And now Australia hands over these demands to you.

For Xi Jinping, agreeing to these demands will be fatal. It will be a huge loss of image.

Read more: It’s soon going to be all over for Xi Jinping

If Xi actually dials down on South China Sea aggression, restores Hong Kong’s autonomy, gives in to the feminist movement in China after the Peng Shuai case came to light and also goes soft on Australia, he will look like a weak man. It will destroy the strongman image he had so carefully crafted.

And once a dictator loses his strongman image, it doesn’t take much time for another dictator to take him down or for the commoners to instigate a rebellion against the incumbent regime.

And don’t forget Xi Jinping has many rivals within the CCP. He has jailed many of them, but many of his rivals still remain active in Chinese politics. Outside the CCP too, Xi has made many enemies like Alibaba founder Jack Ma and other tech entrepreneurs, as well as Caixin Media founder and publisher Hu Shuli.

All of Xi’s enemies, whether inside or outside the CCP, are eagerly waiting for a chance to take him down. Australia’s tough demands might as well be their big opportunity.

From Xi Jinping’s perspective, Australia’s demands are a condition- give up your Presidency if you want our goodwill.

Crime quotes to avoid your criminal inside