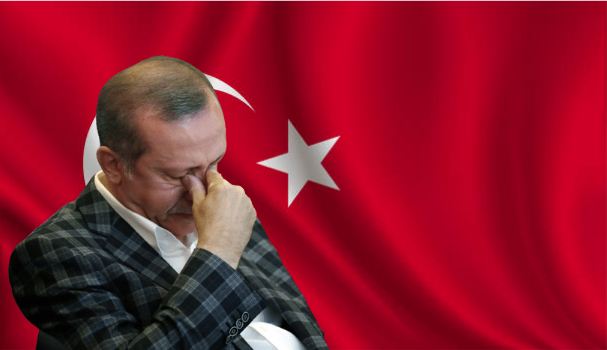 For Recep Tayyip Erdogan of Turkey, who considers himself the Khalifa of the Islamic world – it’s all falling apart. The people of Turkey are turning against their President, who can’t seem to consider himself anything other than a Khalifa. The lines between Islam and radical Islamism have been blurred in Turkey under the rule of Recep Tayyip Erdogan, particularly after the man was shaken to the core following a coup d’état attempt against him in 2016. He survived in 2016, but will Erdogan be able to survive another uprising when it comes? Because it is coming, and it is going to hit Erdogan fast and hard.

Sunni Islam is coming under heavy criticism for the first time in Turkey’s modern history because of the government’s use of religion in politics, and much of it has to do with Erdogan’s radical view of things and his Islamist style of functioning. He has built an authoritarian establishment that caters to his interests alone, and this approach is making Turkish people turn against Sunni Islam itself.

According to political scientist Gökhan Bacık, “There’s a growing intellectual criticism on Sunni Islam because it’s very much pro-government, it’s silent on human rights abuses, it’s silent on labour rights, it’s silent on gender problems. Sunni scholars, who are blamed for that, are acting just to legitimise Islamist politics, mainly the government.”

According to Bacık, who teaches political science at Palacky University in the Czech Republic, while some Turks are becoming much more radical because of Erdoğan’s strategy to maximise Islamisation, others are gradually abandoning a traditional Sunni narrative. There is a clear division in Turkish society today, between the radicals who support Erdogan and his usage of Islam to score political brownie points, and those who oppose his fundamentalism. 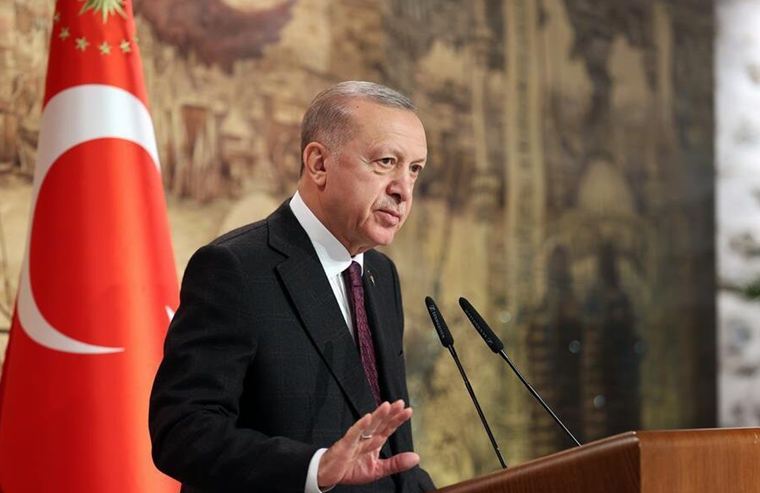 Gökhan Bacık added, “They don’t find it morally correct. They don’t even find it epistemologically correct. So, we see more intellectuals, more Sunni scholars writing and speaking against traditional Sunnism.”

Meanwhile, according to a survey conducted by Mustafa Aydin, a Turkish academic in 2021, significant disappointment in conservative and Islamic values has become a characteristic trend for Turkey’s population in recent years. As Erdogan embraced Islamism and took Turkey towards authoritarianism, the number of people identifying themselves as supporters of political Islam decreased from 47.4% in 2017 to an unprecedented 27% in 2021.

Political Islam is now becoming synonymous with Sunni Islam in Turkey. In the 21st century, many Muslims are choosing to not let religious fundamentalism dictate the way they live and are governed. Yet, for Recep Tayyip Erdogan – whose entire politics is centred around the notion of him being the leader (Caliph) of the Muslim world and the man who will resuscitate the glory of the Ottoman empire – latching on to radical Sunni Islam is a mainstay to remain relevant in Turkey.

Erdogan tried using his heft as an “Islamic leader” across Europe and the Middle East. It all backfired rather magnificently. Erdogan’s expeditions in Syria and Libya have failed. He is today recognised by much of the world as a clown who makes a lot of noise, but who is inherently incapable of doing anything at all. And then, his rabid statements against just about every Arab power, and more recently, against Russia, have cost the man a lot.

In his bid to checkmate Saudi Arabia and its Wahhabi ideology in the Islamic world, Erdogan embarked on a precarious campaign to resurrect the past glory of the Ottoman Empire by 2023, when Turkey celebrates 100 years of becoming a republic. Resultantly, Hagia Sophia became the immediate casualty. Erdogan converted the centuries-old Hagia Sophia Byzantine church in Istanbul to a full-fledged mosque and organised Friday prayers therein to assert an Islamic ‘supremacy’ over other religions.

Read more: Muslims are becoming atheists faster than any other major religion in the world

The most recent example of Erdogan going bonkers is his sustained campaign to destroy the Turkish economy by bringing it in sync with medieval Islamic principles. He has reduced borrowing interest rates to record lows, which has created an excess of liquidity in Turkish markets. The Lira has crashed and become worthless, and inflation is soaring. Yet, since low-interest rates are what Islam preaches, Erdogan is adamant about not fixing Turkey’s economy.

Erdogan, however, is digging his own grave. In their hatred of Erdogan, the people of Turkey are now beginning to abandon Islam and speak against it. Soon, Erdogan will realise that the thing he holds dearest is what has begun motivating the citizens of Turkey against their President. Islam will soon ruin Erdogan, and it will be a great sight to behold.