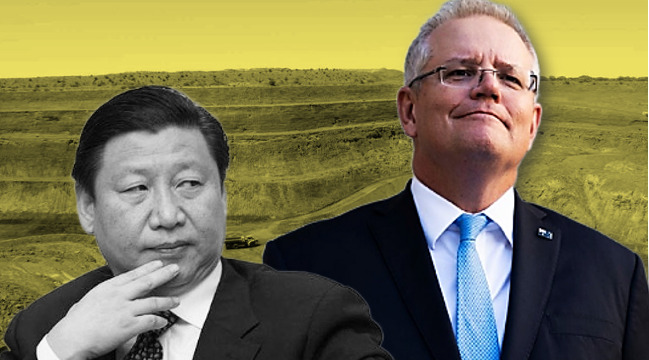 Canberra understands that China’s enemies across the world are looking for rare earth supplies that are free from the shackles of Chinese hegemony. Therefore, Australia has announced funding of around US$360 million to increase the output of critical minerals. Prime Minister Scott Morrison has himself announced the funding of several mining projects in Western Australia that would make the Australian state a powerhouse for Canberra’s allies.

Explaining his latest move to fund projects for mining critical minerals, Morrison said, “Recent events have underlined that Australia faces its most difficult and dangerous security environment that we have seen in 80 years. The events unfolding in Europe are a reminder of the close relationship between energy security, economic security, and national security.”

Only last year, Quad group leaders of Australia, India, Japan, and the United States of America had agreed in Washington that they should improve rare earth supply chain security. Canberra is therefore looking to benefit out of this intended diversification of supply chains away from China.

Angus Taylor, Minister for Industry, Energy and Emissions Reduction, said, “China currently dominates around 70 to 80 percent of global critical minerals production and continues to consolidate its hold over these supply chains. This initiative is designed to address that dominance.”

Australia looking to steal China’s advantage in the battery sector

Australia’s new plans include the setting up of the second rare earth separation plant to be constructed outside China, a battery material refinery, and a vanadium processing plant. The Morrison government will also provide funding to commercialize government research and bring new companies to the market.

Australia’s plan is simple. First, it will fund the mining of critical minerals that are considered vital for the well-being of a growing and advanced economy and also finds its use in smartphones, computers, EVs, batteries, and defense and space technology. It is also going to fund over $146 million to bring more critical mineral mining projects into the market and has already made $1.47 billion available for financing the industry.

Then, it will use its stock of minerals to build a huge batteries industry to rival China’s booming batteries industry. In 2020, China held 72.50% of the world’s Lithium-ion battery cell capacity. This needs to change quickly and Australia seems to be working on it.

Australia could emerge as a hub of energy exports

Australia is endowed with minerals that are critical for the electronics sector and the fast-changing global energy industry. It produces half of the world’s lithium, remains the second-largest producer of cobalt and the fourth-largest producer of rare earth. All these minerals are critical for manufacturing electric vehicles, consumer electronics, defense equipment, and satellites.

Canberra can diversify its mineral and energy exports away from iron ore supplies to China. It must mine critical minerals and rare earth, which would help other Quad members demolish China’s monopoly over their supply and also help Australia avoid becoming vulnerable to Chinese attempts at sourcing iron ore from other countries and hurting Canberra’s export numbers. In fact, Morrison seems to be doing just that, as Australia sets to break China’s ‘rare earth’ spine in no time.

Assassination of Putin and other violent rhetoric