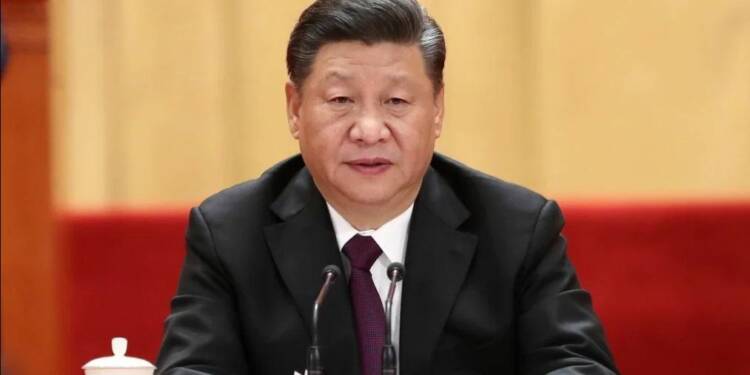 Remember how China told you that it is the first nation to come out of the COVID-19 pandemic and record impressive GDP growth? Well, China has been claiming a miraculous economic rebound since July last year. And, UN specialised agencies like the International Monetary Fund (IMF) and the World Bank were only helping Beijing by giving out healthy growth forecasts for the Communist country.

Yet, TFIGlobal has busted the myth of China’s miraculous economic recovery time and again. And now we have been vindicated by the Chinese Communist Party (CCP) itself. Xi Jinping administration has unveiled a new set of plans to rebuild the Chinese economy. So, the message is loud and clear- Beijing’s tall tales of a quick recovery were lies and therefore, China now needs to rebuild and correct the fundamentals of its economy.

The latest growth targets coming from China reveal that there is no appetite for high growth in the Communist nation. The first signals of reduced growth targets came when Chinese Premier Li Keqiang’s annual Government Work Report issued a humble 6 per cent GDP growth target. The number was quite conservative in the backdrop of China’s earlier claims about a miraculous recovery and IMF’s forecast of around 8 per cent growth in the Chinese GDP.

Beijing has, of course, tried covering up its inability to set and achieve sky-high growth targets. Li defended the conservative number published by his annual Government Work Report and said that it would “enable [China] to devote full energy to promoting reform, innovation, and high-quality development.”

The next major sign of a serious drag in China’s future growth prospects came in the form of its draft 14th Five-Year Plan. This is China’s blueprint for development through 2025 and surprisingly it sets no growth targets, whereas previous five-year plans used to lay down express growth targets.

Within the CCP, there is a clear lack of confidence in China’s future growth plans, which is why the top leadership might be avoiding any specific goals. It is, of course, not a good idea for Xi to set ambitious targets and then face embarrassment when the Communist nation fails to achieve them.

The fundamentals of the Chinese economy are way too weak to sustain a high growth level. The Communist nation is facing a major bad debt crisis to go along with policy or geopolitical issues like the Sino-American tariffs war or Chinese President Xi Jinping’s vindictive action against Chinese internet giants. And then, there are longstanding socio-economic issues like regional imbalances, declining birth rates and tepid growth in Chinese villages.

China’s economy is badly bruised and it will take a long time to heal. Now, China’s economy is facing a fresh set of emerging challenges like severe farm distress and lack of transparency in the financial sector.

China’s lies of a quick economic recovery have thus fallen flat. The Chinese economy was already going through a crisis and now it is going to lose whatever little credibility it still enjoyed.