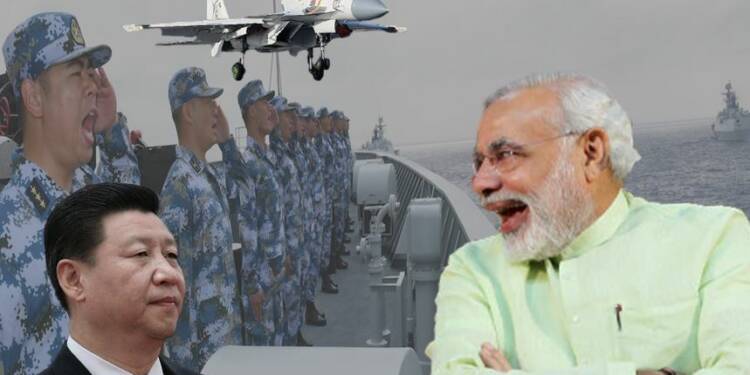 Over the past two years, the Chinese Communist Party (CCP) has realised how its flawed military strategies have led to the Peoples Liberation Army (PLA) ground force becoming a joke, whose ranks are replete with wimps, sissies and little emperors. For a decade now, the CCP has focused majorly on modernising the Chinese Air Force and Navy. As such, the PLA ground force has become a neglected entity. According to a report published by the Pentagon earlier this month, the Chinese ground force “remains a relative laggard within the PLA in terms of modernization”. But the conflict with India has changed many equations. The PLA has been exposed like never before, and the CCP’s propaganda has fallen flat on its face.

A major share of the Chinese military’s supposed ‘might’ comes from the CCP’s propaganda. The PLA has been projected as an invincible force of sorts. Yet, since last year, the PLA has been getting thrashed by the battle-hardened Indian Army, left, right and center – and this seems to have become a reason for Xi Jinping to turn his focus to China’s ground force once again, which has resulted in the Navy and Air Force getting neglected.

India inflicted immense casualties on the Chinese army last year, and also made a fool out of them by occupying strategic heights in September 2020 from right under the PLA’s nose. India has mirrored all Chinese deployments across the Indo-Tibetan border, also known as the Line of Actual Control (LAC). China was not expecting such a response from India, and the PLA was exposed to be ill-equipped and untrained to fight the Indian Army.

Also read: Jinping is bracing for PLA’s wrath after butchering the economy

Since Xi Jinping effectuated the theaterisation of the Chinese military, on two occasions, a theatre command has been led by a commander other than an army general. This shows how the Navy and Air Force were being treated equally, if not with more importance than the PLA ground force. However, China is now back to having the five commands being led by Army generals. This, in turn, show how the CCP is trying to rectify its mistake of neglecting the ground force for several years, and is instead ending up ignoring its own Navy and Air Force.

China thought of India as an insignificant entity:

China has been living in a Lalaland. For a country that fought its last war in 1979 against Vietnam, which it lost humiliatingly, it only makes sense to conjure up an alternate reality. China thinks of India as a power which has not changed since 1962, when China defeated it. In 2021 though, India can give China a run for its money, and the best part is, it is doing just that.

China is in an economic crisis. It is facing an energy crisis. To top it all, there are signs of a food crisis lingering over China. Is India inflicted by any of these? No. So, China’s deployments and aggression against India along the LAC is going to cost the communist nation disproportionately more than what it will cost India. In fact, India has given China the chills by maintaining its offensive posture along the LAC for close to two years now, and New Delhi is in no mood to give up. With every passing day however, the toll which China takes just keeps escalating.

China focussed on its Navy and Air Force with the aim of invading Taiwan, apart from being prepared to take on Japan and furthering its anti-democratic campaign in the South China Sea. It also did so to prepare itself against the United States and its allies. However, India came as a surprise last year, since it emerged as the only country in the world which taught Chinese soldiers a lesson, killed them, and forced them to retreat with their tails between their legs. Ever since, the focus is back on the PLA’s ground force. Now, the Navy and Air Force are no longer Xi Jinping’s favourite children. The Chinese supreme leader is focused on making the Chinese army an entity which can at least take on India and not humiliate itself.