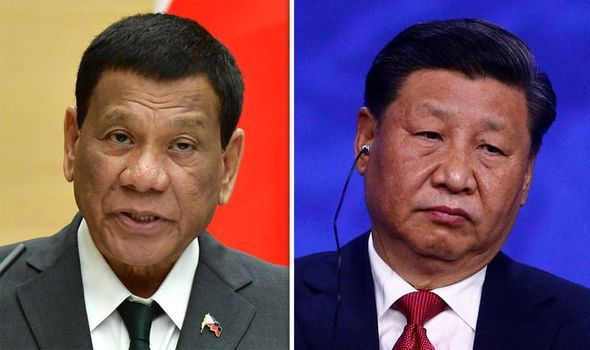 The Philippines is all set to kick China out of its economy. It is opening up its economy to foreign investments, and the clear purpose behind the latest move is to clear every trace of Chinese interference in its economy.

Philippines opening up its economy

Philippines President Rodrigo Duterte has announced an amendment to a law that would allow full foreign ownership of firms in critical sectors like telecoms and shipping.

Presently, a 1935 law in the Philippines restricts foreign ownership of entities related to sectors like telecommunications, airlines, shipping, railways and irrigation to 40 percent. However, the upper ceiling of foreign investments will be retained in some sectors like power transmission and distribution, water pipelines and sewerage, seaports, petroleum pipelines, and public utility vehicles.

The Philippines is thus opening up strategic sectors of its economy to foreign investors in a bid to align its position more closely with its Western and Indo-Pacific allies like the US, Australia, Japan and India.

The latest round of economic reforms and liberalisation of foreign investments announced by Duterte seeks to correct a primary defect with the Philippine economy.

Presently, the Philippines is structured as a highly closed economy. Due to strict capping on foreign investments in key sectors and extreme red tape, the country fails to bring in major foreign firms.

Consumer groups in the country too complain about lack of foreign competition that leads to poor services and unbearably high prices. The business sector too ends up being monopolised and controlled by a few large business tycoons.

This is exactly why the proposed amendment is being hailed as a game-changer. Management Association of the Philippines issued a statement, reading, “The entry of foreign investors will foster strong competition that will benefit the consumers, create more jobs, expand our economy, and boost our recovery from the disruptions caused by COVID-19.”

With the proposed amendment, the Philippines is expected to attract foreign direct investment (FDI) worth US$5.7 billion over a period of five years. Senator Grace Poe, who was involved in drafting the Amendment Bill, said, “By easing foreign equity restrictions in key industries, the law will spur critical investments to fast-track inclusive recovery and development.”

How will the latest amendment affect China?

From China’s perspective, the latest amendment is quite a nightmare.

China is like a hunter. It tries to poach vulnerable economies and use their compulsions for affecting their sovereignty and autonomy. This is what China had been also doing to the Philippines.

The incumbent Philippines President Rodrigo Duterte had started off as a China hawk. However, midway into his tenure, Duterte turned more or less ambiguous. He suddenly started talking about Chinese investments and ironing out maritime differences in the South China Sea with Beijing.

At the end of the day, every leader in the region has a tendency of succumbing to Chinese investments when his country’s own economy isn’t doing all that well.

The Philippines wasn’t able to attract great investments from democratic allies like Japan and the US, due to its restrictive policies and therefore it had to turn to China. And the next thing you know, criticism of Chinese aggression was getting muted in Manila because of clear obstacles in the country’s foreign policy. This is how China actually reduces entire countries into client States.

But the public opinion in the Philippines is extremely anti-China due to the Chinese occupation of Philippine islands and relentless aggression against the Southeast Asian country by the Chinese military.

This is why the Philippine military and diplomatic establishment remains more or less hawkish on the Beijing front.

Read more: It’s official – Duterte has been cut to size and China Hawk Philippine Military is in full control

Meanwhile, the country is all set to go to polls in the month of May and all the Presidential candidates are talking about framing anti-China policies like increasing Philippine military presence in the South China Sea and also enhancing cooperation with democratic allies like Japan and the US.

Read more: A China-hawk president in the Philippines is a certainty, and things are about to change drastically

Moreover, the Philippines has also deferred the implementation of RCEP citing concerns of farmers, fishers, civil society organizations, and the private sector in the Philippines. Economic Times reported that a position paper issued by the Federation of Free Farmers (FFF) of the Philippines had urged the country’s Senate to defer concurrence on the free trade pact due to a lack of consultation with farmers and other stakeholders. This means that the Philippines is not willing to let China exploit RCEP to flood the Philippine economy with cheap Chinese products. The country wants to open up its economy but keep the Chinese influence as low as possible.

However, before pursuing harsh policies against Beijing, the Philippines will need strong economic fundamentals and bullish investor sentiment. The country is now planning to achieve that by liberalising its economy and inviting investments from friendly powers across the world. This implies a huge speed-breaker for China in the Philippines that would stonewall Beijing’s attempts to expand its presence in the Southeast Asian nation.