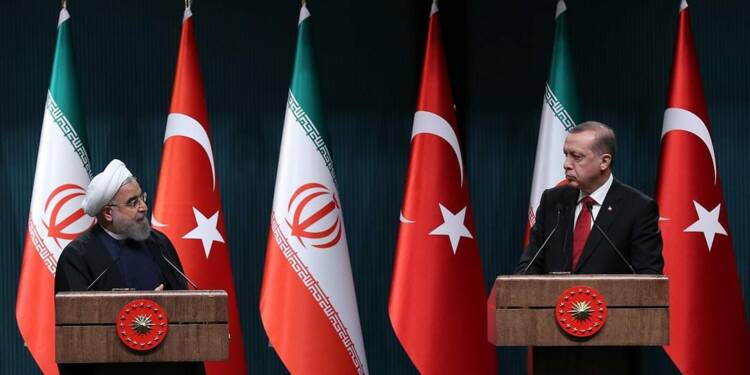 Iran and Turkey are suddenly in the middle of a major diplomatic stand-off after Iran-backed Houthi rebels attempted to raze a memorial cemetery of Turkish martyrs in Yemen’s capital city, Sanaa.

But Iran and Turkey don’t have any recent history of diplomatic tensions. Both of them represent similar ideas- belligerence against the Arabs, Israel and to some extent against the United States of America. So, why would Iran-backed Houthi rebels suddenly attack a Turkish memorial? Well, this has Russia written all over it.

Turkish public broadcaster TRT World reported, “Armed members of the Iranian-backed group used an excavator in an attempt to destroy the Turkish Martyrs’ Monument in the historical district of Sanaa, Yemeni media outlets reported on Saturday morning.” It added, “The cemetery, which is on the former site of an Ottoman barracks, memorialises the empire’s soldiers who lost their lives in Yemen for 400 years.”

Russia seems to be using its ally Iran to settle scores with Turkey. After all, Iran has no personal problems with Ankara and is unlikely to use its rebels in Yemen to attack a Turkish memorial.

Russia, on the other hand, has every reason to harm Turkey. Ankara has been trying to hurt Russia amidst the ongoing Ukraine invasion. It has done three different things to prejudice Moscow’s interests-

So, Russia seemed to be sending across a loud and clear message to Ankara- if you can interfere with our interests in the Black Sea and Eastern Europe, then we can also jeopardise your very position in the Middle East.

Moscow has actually found a great disruptor in Tehran. On Sunday, Iran claimed responsibility for a barrage of missiles that struck near a sprawling US Consulate complex in Nothern Iraq. Tehran claimed that its missile barrage attack was a retaliatory move against Israel’s Syria strike that killed two Islamic Revolutionary Guard Corps (IRGC) operatives last week.

Meanwhile, Iran has temporarily halted its secret Iraq-brokered dialogue with regional rival Saudi Arabia. Tehran hasn’t given any reason for suspending the ongoing talks with Saudi Arabia but it came a day after Saudi Arabia executed 81 convicted people, over three dozen of whom were believed to be Shi’ites.

What Iran’s actions have done is to take some of the attention away from the ongoing Russian military operation in Ukraine. Till now, much of the international media space was occupied by the condemnation of Russian actions in Ukraine. The Western media, in particular, made it a point to keep the Ukraine crisis at the centre of their coverage.

However, Iran now seems to be acting as a narrative disruptor at Moscow’s behest. With the recent missiles attack, cancelled talks and an attempt to raze a Turkish memorial, the Middle East is back into focus. Tehran’s fresh hostilities against Turkey, therefore, have Russia written all over it.